We cannot claim our connectivity while denying our complicity 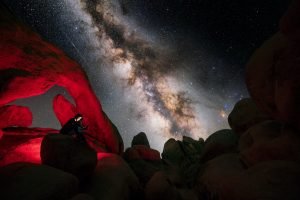 Photo by Sean Pierce on Unsplash

“I don’t know why, but I’m just so tired these days,” my husband said as the American 2020 election approached.

I looked at him cross-eyed. “You are part of the collective,” I reminded him. “You are feeling the nation’s stress, perhaps the world’s, in your body. How could you not feel tired? Do you think you are somehow immune from feeling the events occurring in our world?”

If only I’d had a soapbox handy, I might’ve continued.

I might’ve talked about how we all feel the exhaustion of animals forced to evacuate their homes when wildfires spread. Or, how we all experience being “cut to pieces” when trees are treated not as living, breathing, oxygen-giving, air-cleaning beings but as things to shape as we please. I could’ve asked him to imagine how choked an ocean must feel when it’s polluted with our waste.

I might’ve talked about the enormous stress we’re placing on the planet as it tries juggling the elements of fire, water, air, and earth to keep them (and us) in balance while we humans continue to throw more balls in the air.

What I was getting to, though, is the only truth that really matters: we are, each of us, a microcosm of the macrocosm. And no matter how much we might believe or wish it to be true, we are not and cannot be separated from each other or from the earth.

Things are bad — worse than bad. They’re crazy. It’s like everything everywhere is falling apart and horribly out of balance. The ecosystem is dying, economic systems are failing, and politicians are corrupt and serve only the god of power.

Name-calling, lying, and cheating have become norms of our politics, not exceptions. Notably, Rep. Marjorie Taylor Greene received only a lukewarm rebuke from the Republican party after horrific comments in which she compared mask-wearing to the treatment of Jewish people in the Holocaust.

So right now, I don’t want mantras that encourage me to relax and have hope. Hope without fire is sentimental hogwash. In this world, there’s no point in mantras such as “Don’t say anything at all if you can’t say anything nice.” Sometimes, harsh truths need to be said and heard. These are apocalyptic times, and if we don’t know that in our heads, we surely feel it in our bodies.

Too many of us have chosen to be swallowed up in apathy instead of standing up and speaking out. We go along with things with which we disagree in the name of not ruffling feathers. We let the line of our integrity and authority be washed away rather than mustering the energy to say “No.”

If we continue to believe that things will right themselves, that “good” will win over “evil,” or that there’s no way humanity could go extinct — when will we ever put our marker down and fight for what matters? Silence is nothing more than an abdication of our power.

There is only one mantra that matters to me anymore, and it is this: All is One.

Variations of this mantra are as follows:

As above, so below.

As within, so without.

What is here is elsewhere; what is not here is nowhere.

These mantras are often shared for healing purposes. They can be healing.

They are taught to remind us of our connectivity and help us feel less alone. They do that, too.

But they also speak to our inherent complicity in making and re-making this world.

They remind us that, in times like these, we need to grow bigger, extend our reach wider, cast our nets further.

But, when we’re in fear and disconnect, we often let our world get smaller and tighter as we recite some version of this quote from the 1976 film “Network”:

We have so lost our sense of community. We don’t believe in helping one another anymore. So many, egged on by belief in division and separation, just ask to be left alone.

But no one can be left alone, not in reality. We can pretend that we’re not part of the whole, but we can’t truly separate from it. I know this, because I have felt this truth in my bones.

When I was a child, I sometimes attended Catholic Mass with a friend of mine. As a Protestant, however, I was never allowed to take part in the Eucharist. This exclusion hurt.

In my 30s, I met a Catholic priest who also taught yoga, a rare combination. For this reason, he became the perfect mentor for me at this point in my journey because the deeper I was going with my yoga studies, the more I was forced to face my tenuous relationship with religion. He was modeling if, and how, the two could be united.

During one retreat that fell over a Sunday, he invited all of us attendees–Catholics and non-Catholics alike–to take part in the Eucharist. He was not playing the usual game of division, and I respected this deeply.

Fifteen of us stood in a circle. He presented a flatbread, broke off a small piece for himself, and then passed the loaf around, each of us tearing another small piece from the whole. The last person took the very last bite.

This hit me in a profound way. The ritual represented the meaning of wholeness so succinctly. It was so unlike times when I’ve taken part in Communion in my Methodist church where little bits of bread, already separated from the whole, are plucked from separate bowls.

After this ritual, I was overcome with a sense of our inherent wholeness in a way I’d never experienced before. Each of us quite literally held a tiny piece of the whole within us. Though I did eventually leave this community, and religion, behind, I have never forgotten the power of that moment.

What is here is elsewhere; what is not here is nowhere. Everything affects us, and we affect everything–whether we think we’re pulling back or not, we can’t do so in actuality. Our absence is noted and felt just as much as any action. Our words, our energy, and our actions ripple throughout not only our Earth but the Cosmos. Better to live in awareness of this truth than to deny, hole up, and hurt not only yourself but the collective as well.

All I want to share anymore, and all I care to live by in these tumultuous times, is that we are not separate from this world. There is no “there” and “here” or “us” and “them.”

World events are not separate and distinct things happening in the background. Pain, displacement, and abuse don’t disappear or heal when we look away.

No one gets to opt out, not in reality. We might not all be first in line to feel the effects of climate change, but the catastrophe in the making will catch us all.

Living on habit and routine, refusing to further our growth and evolution–these things don’t absolve us of our duty to the collective. Pretending we’re separate doesn’t make us so.

We all need to claim our connectedness and our complicity. And we have a lot of work to do together.

I no longer subscribe to mantras about finding peace. I’m not here to get enlightened or to fall under the spell of some manifestation credo. Many of the mantras of the self-help world, such as “fake it ’till you make it“, are wholly irrelevant to me in these times of the collapse of truth, of institutions, of even the basics of right and wrong.

I’m also done with such nonsense phrases as “picking my battles.” If something matters to me, I will not weigh it against whether it will cause an outcry or a pushback. I’m here to create outcries. The pushback is a potential moment of opening something new in me and in another person. We’ve side-stepped inevitable conflict too long. We’ve let too much slide, in the name of “going along to get along.”

We cannot change the consciousness of the world unless we first change the consciousness of the individuals. Each of us, doing our work individually to heal — from trauma, setbacks, abuses, loss, injury, illness–will elevate our collective state of consciousness. This will result in a greater sense of connection, which leads to greater empathy and compassion, which leads to actions, words, and ideas that foster more connection in the world.

In other words, it’s a spiral. And it starts within each one of us.

And then, we can turn our complicity into collaboration.