Embodying Soul: A Return to Wholeness

A memoir of new beginnings

"This is a book about deep living - a book about courage, searching, finding and telling the truth. It shows the rest of us how we, too, can mine the depths of our lives to find what we are really looking for in order to live an authentic, meaningful, and flourishing life.”

Integrative Psychiatrist and author of The Chemistry of Joy: A Three Step Program for Overcoming Depression through Western Science and Eastern Wisdom and The Chemistry of Calm: A Powerful, Drug-Free Plan to Quiet Your Fears and Overcome Your Anxiety

"Mangis explores the 'risks of staying unseen,' drinks from the cup of fear and finds it lacking, and faces messages from society about the ambitions of girls and the guilt used to limit them, she enters realms of healing....

The result is an unusual coalescence of spiritual guidance, psychological growth, and memoir that uses the author's life as a wellspring for reflecting on life influences, processes of change, and the spiritual and emotional impacts of choosing a new direction."

A determined truth-seeker craving success and belonging unexpectedly meets her journeying soul, leading to greater self-acceptance, a deeper understanding of the mysteries of life and death, and the realization that every new beginning provides a rich opportunity for healing and personal evolution. 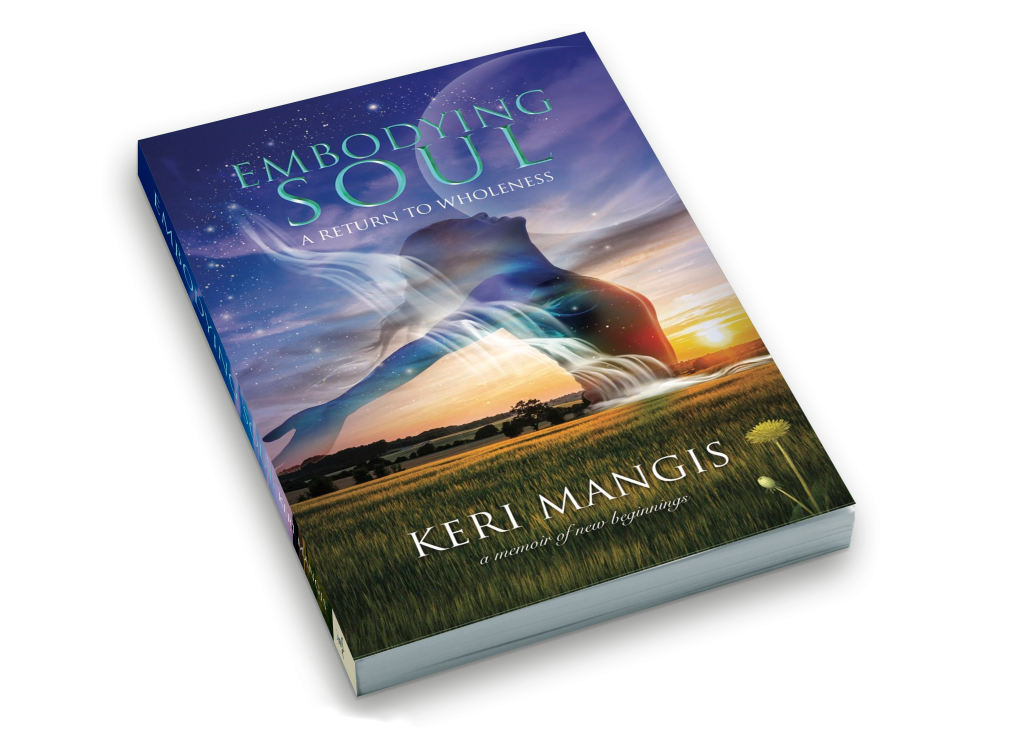 A Return to Wholeness

Serene Voyager, known as Sëri in the Soul Realm, reassesses her eternal journey before embarking on her next lifetime in the Earth Realm. For aid and companionship, she has her soul friend, Rasa; her soul animal, a silver-eyed wolf named Endless Curiosity; and distinctive characters that personify her emotions. Meanwhile, in the Earth Realm, twenty-year-old Keri moves away from her birthplace of North Dakota and, heeding the advice of Fear and Guilt, unwittingly surrenders her self-worth for safety, her personal power for approval, and her intuition for false promises. Later, when her chosen roles of businesswoman, wife, mother, and yoga teacher thrust her into an identity crisis rather than imbue her life with meaning, she forges a relationship with her soul, Sëri. Through parallel stories, Sëri helps Keri discover that joy derives not from successful role-playing but from knowing who you really are inside your human skin.

THIS BOOK IS ALSO AVAILABLE THROUGH THE FOLLOWING INDEPENDENT BOOKSTORES: 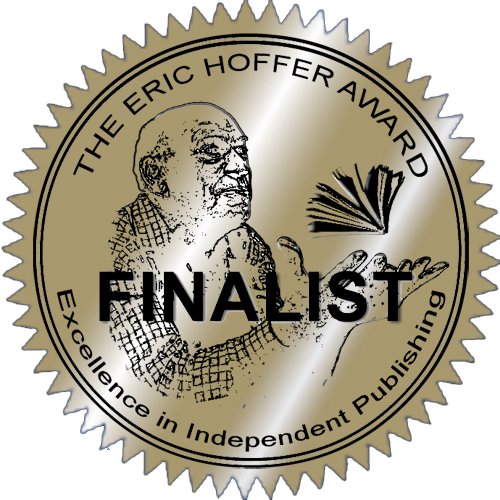 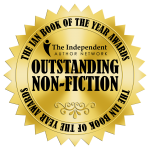 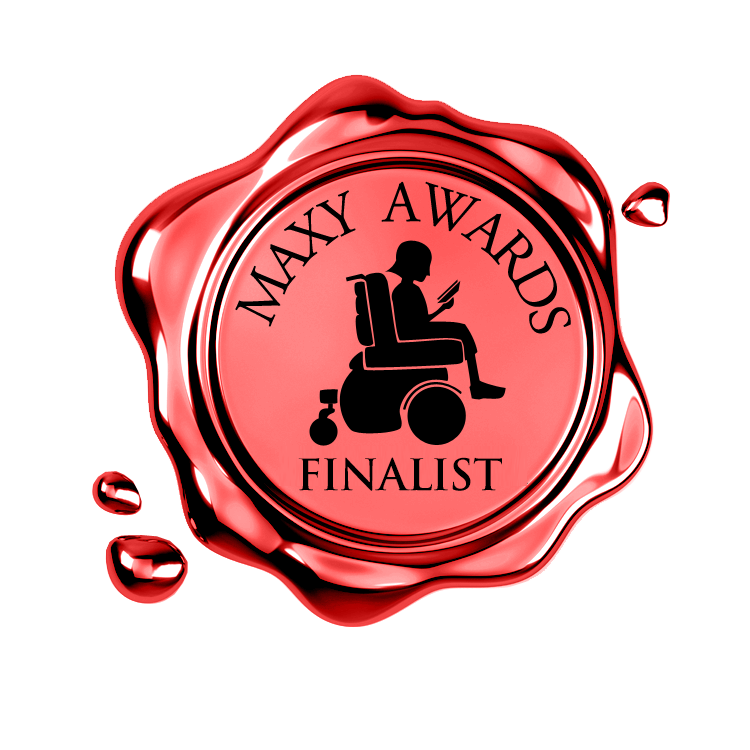 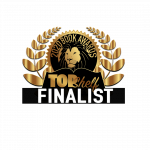 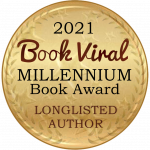 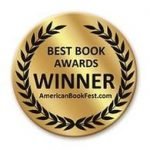 Embodying Soul: A Return to Wholeness

A FREE book guide is available with exploratory questions relating to:

If you choose "Embodying Soul", please contact Keri for a discounted price on printed copies, as well as schedule a date for her to Zoom with your group!

UPON FINISHING THIS BOOK...

You will see your own life

THROUGH A DIFFERENT LENS.

“These pages offer the voice of a writer of modern sensibility who dares to leap across time and space to unveil the true nature of soul. Rarely does a memoir have such power and beauty to awaken our own souls in daily life. Read this book!”

Author of Transcendent Dreaming: Stepping into Our Human Potential

"This is a neatly tied-up philosophy that doesn't rely on difficult metaphysical concepts and wins readers over with playful visual imagery and language. Readers who want their spiritual guidance personable but not edgy will find Mangis a gentle companion on their paths toward self-understanding."

Aside from excellent writing and a creative yet authentic delivery of prose, what makes this book exceptional is the author’s penchant for being relatable. Complex philosophies like releasing anger, not drowning in shame and guilt, and not letting fear warp your mind are portrayed with grace and fluidity; the pages simply turn themselves.

US Review of Books 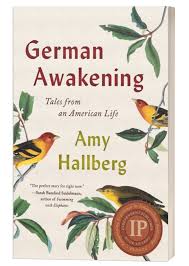 "A beautifully interwoven tale of the human-soul experience as seen from both sides. Keri’s honest recounting of her path to embodiment lends courage to anyone who longs to reclaim emotional wisdom and answer the authentic call of endless curiosity.”

"The author's principal goal is to inform, and the book becomes a kind of self-help guide that encourages intuition, communication, and letting go. A non-traditional but effective memoir about one woman's discovery of spiritualism.” 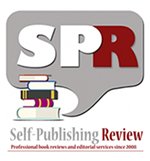 “Unique and inspiring, Mangis's unconventional memoir is a fascinating journey into the interworking of action, feeling, and higher truth, and one of the stronger entries in the genre of spiritual self-help.”

"From separation of self to the reclamation of soul, this book is a fascinating sojourn into one woman’s life process. Courageously shared, her journey will inspire the reader’s own soul awareness.”

Author of Soul Awareness: A Spiritual Awakening to Self-Knowledge and Healing 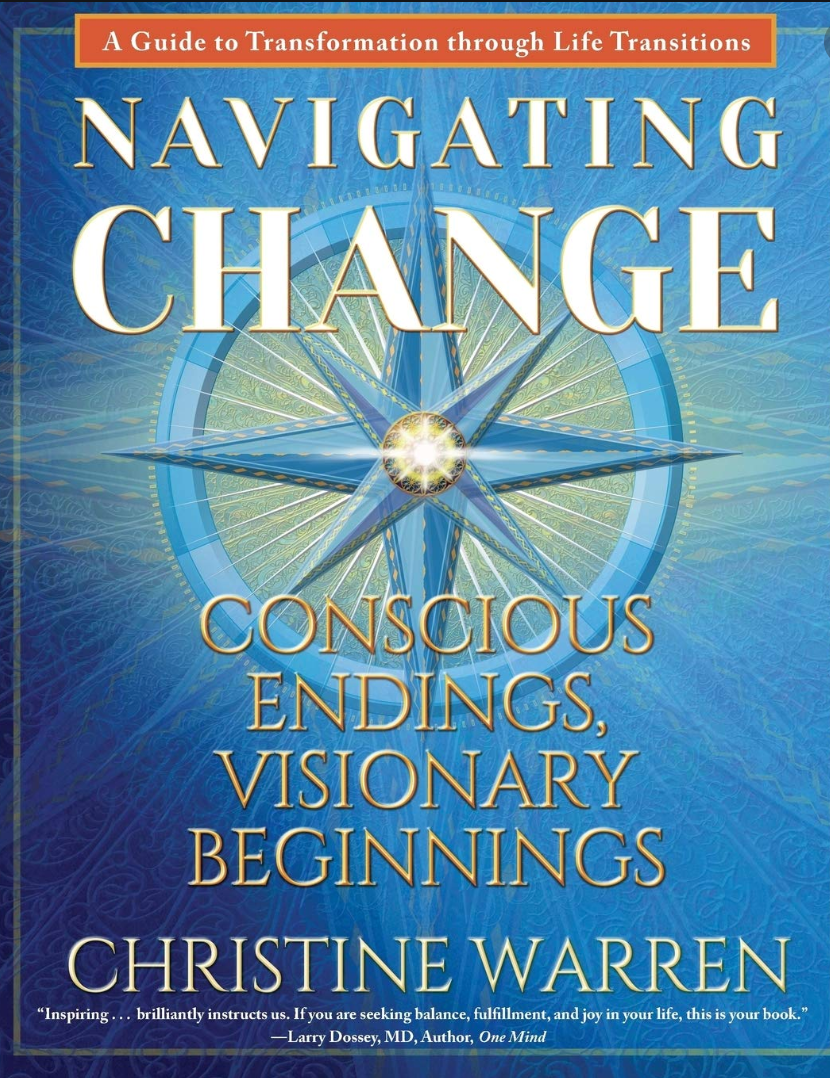 “In this engaging, insightful memoir, Keri Mangis shares her deep wisdom about the journeys we embark on with each human incarnation, and the soul purpose behind all we experience in our 'skins,' or bodies.  Through her highly relatable heroine Sëri, in collaboration with Sëri's soul friend Rasa, Keri unfolds one woman's take of discovering the Great Truth of our lives and the loving purpose for all that we undergo on earth.  Ultimately, she shows us how to discover joy.  For readers seeking inspirational knowledge about their higher purpose, their soul guides, and the lessons of every life, Embodying Soul is a marvelous, heart-opening excursion.”

"New stories are coming through to heal our collective imagination. Keri Mangis's Embodying Soul belongs to this emergent art form. Through the lens of her own life story, told with vulnerability, humor, and grace, Mangis invites us into a world where the rich inner landscape of the psyche is always speaking, always full of gifts for us. We receive these gifts - of curiosity unleashed, self-mothering, inner re-wilding - and are set free of the old limits on our imaginations. Be ready, dear reader: adventure into this book may change you. You may become more aware of the inner conversations between your emotions or begin listening for the voice of your soul, or simply forgive yourself for the times you haven't listened. And you may remember another gleaming facet of who you came here to be.”

Author of the poetry collection SURGE 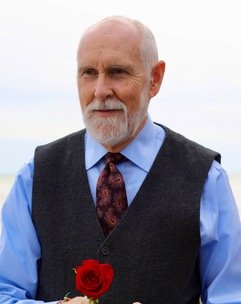 "Keri Mangis has written a book to be savored over a cup of herbal tea; shared with friends; and, once completed, kept nearby for further reference. Part autobiography, part self-help, part soul-realm imagination, it is a flowing stream of gathering awareness revealing a story many of us can relate to. Each of the major emotions becomes a companion along the way, not just an affliction to be ignored, shoved aside, or belittled. And Mangis’s inventive, engaging style promises humor, depth, drama, comedy, humility, and profound humanity. This is an excellent book.”

"Embodying Soul, a courageous piece of work, speaks to the beauty and pain of the human condition. Keri Mangis captivates the reader with her vulnerability, creativity, and insight, inspiring us to explore the true depth of our souls to better understand ourselves and one another. This book is sure to infuse more purpose and meaning into your life.”

Author of The Self-Care Solution: A Modern Mother’s Must-Have Guide to Health and Well-Being and founder of ModernWell 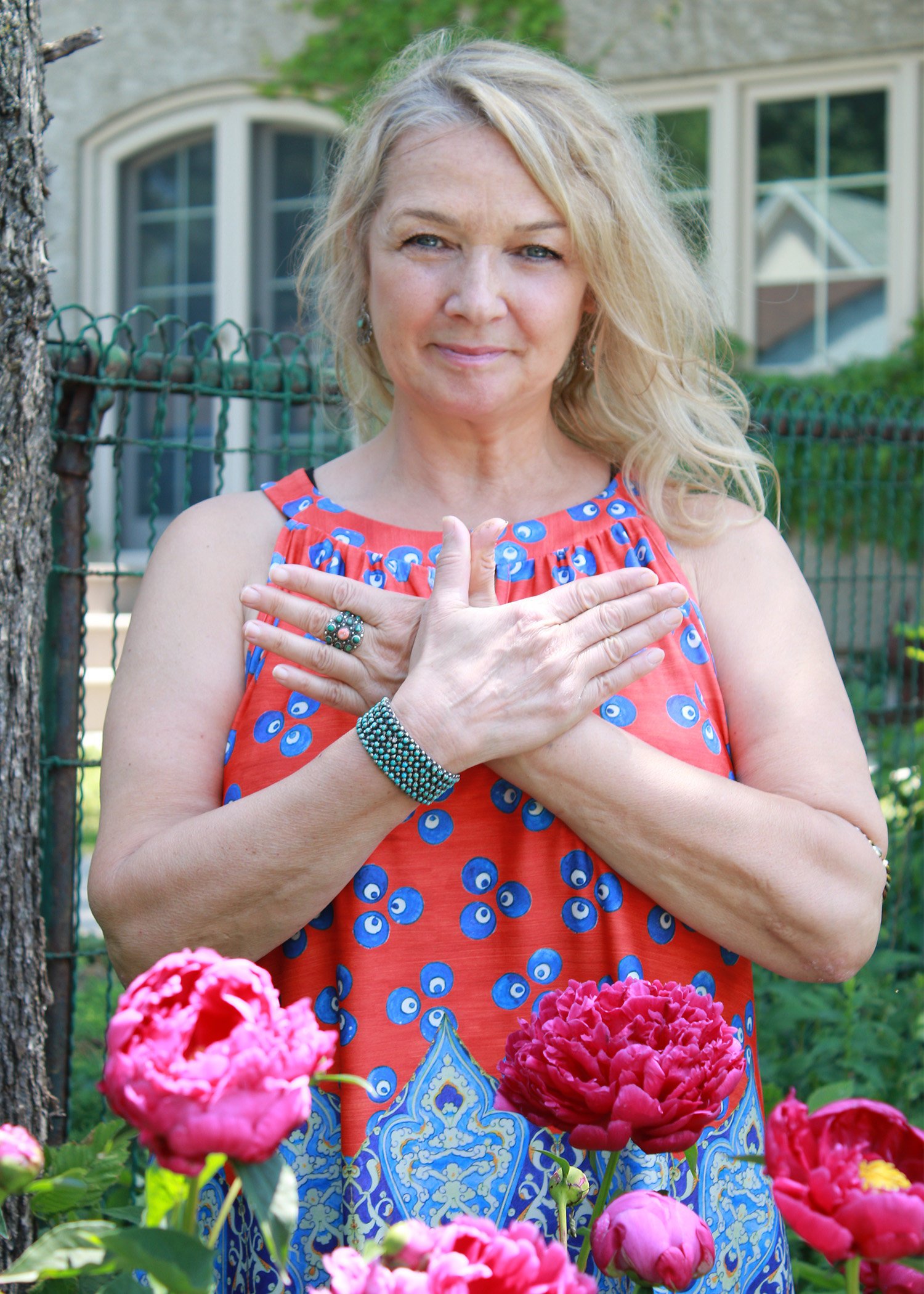 "While reading this story, rendered with honesty and grit, I couldn’t help but reflect on my own emotional landscape with new understanding. And I was moved by the entertaining and enlightening view of what the soul realm might be like. A cathartic book, to be sure, and a must-read for those on the path of transformation!” 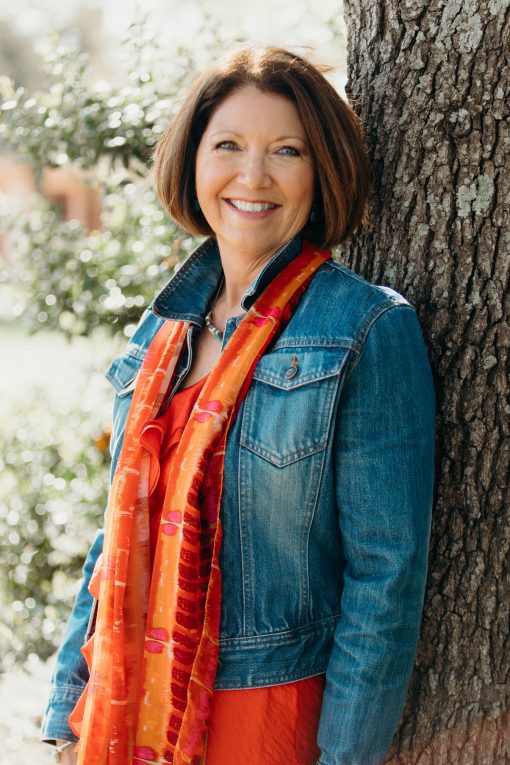 "Honestly, you won't find another book like this one. Keri weaves her magic between the Soul Realm and the present teaching, validating, coaching us all along the way to authenticity and wholeness. Filled with spiritual and feminine wisdom, it's a read for every woman wondering where she lost sight of herself and how to make her way back."

Author of Soufire Woman: How to Torch Your Past, Ignite Your Present, and Set Your Soul on Fire

" Embodying Soul by Keri Mangis, is not normally the type of book I read. What’s unusual about Embodying Soul is that it seems to be a type all its own. Part memoir, part metaphysical exploration, Keri Mangis looks backward to look forward, and make herself whole.

I admittedly was more drawn to the memoir chapters. I have a deep admiration for Keri’s ability to look to her past experiences for complex insight into her current behavior and attitudes.

On [the metaphysical] plane, Keri becomes Serene Voyager and is guided by Rasa on a journey to uncover the pivotal moments in Keri’s life that adjust its trajectory.... I found myself looking for and noticing the parallels between these chapters and the memoir chapters. It’s a clever way to organize a book, and the symmetry makes the switch from the earthly plane to the metaphysical plane less jarring."

"The courage of Keri Mangis to engage in a public dialogue with her soul is a feat not to be taken lightly, for her book Embodying Soul will shape how we all communicate with ourselves and rediscover the truth of our souls.”

Editor and publisher of The Edge magazine

"Books about religion or spirituality tend to be dry or filled with psychobabble. Not so here. The writing style of Ms. Mangis is refreshing honesty as is her ability to engage her reader that is deeply personal and revealing. One cannot but help to want to join her in her journey of self-discovery."