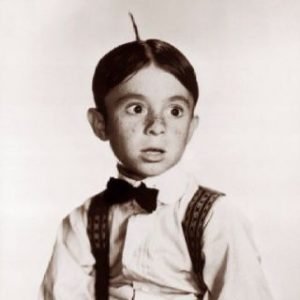 For those of us with a controlling nature, midlife, with all its twists and surprises, offers quite a challenge.

The latest twist in my life is a literal one: wild, non-conforming cowlicks in my hair.

Throughout my entire life, certain attributes about my hair have always been true: it’s straight, it’s fine, and I have a lot of it. Maybe because of these things, my hair has always been easy to style. This has proven true whether my hair has been pony-tailed or pixied. Wash, dry, brush into shape, and off I go. So, even during times when I’ve had difficulty getting control of my life, my children, or my relationships, control of my hair has been a non-issue. There have always more important things to worry about about hair, anyway—or at least, that’s what I’ve always believed.

Over the past several years, I’ve noticed that my hair has become increasingly unruly. It doesn’t stay in place or lie down straight anymore. It wings out unnaturally in different ways. It’s like having one bad hair day after another. Bottom line, my hair is misbehaving. And no, I have not welcomed this unexpected change.

For a while, I asked stylists to cut my hair shorter and tighter, thinking to myself that I could correct the problem of disobedient hair by simply having less hair. Turns out, shorter hair exacerbated the behavior. I also started getting it cut more regularly, because I liked the way my hair looked after putting it in the hands of a talented stylist. Not so much when I styled it myself the very next morning.

Finally, after expressing my frustration, I heard the answer: I have cowlicks. Several of them. And strong ones, to boot.

Cowlicks, I asked? Since when? This was news to me.

My hairstylist kindly explained that the growth patterns, which create cowlicks, tend to get stronger as we get older. Really? I thought. Don’t women entering peri-menopause/menopause have quite enough interesting new things to experience already? Must the universe throw something like cowlicks, which to me falls in the same category as acne, at me now?

When I picture cowlicks, I think of a character in Stephen King’s book, The Outsider, who is constantly fighting with his (one) cowlick. Each time this character enters the scene, King gives us readers an update on the cowlick: it’s either behaving, freshly-licked down, self-consciously being twisted in the hands of its owner, or it’s sticking straight up in the air, giving us all a laugh at his expense. This character, as you might expect, is unorganized, undependable, and easily dismissed. He’s not one to take seriously. This character is not the villain of the story, but he’s certainly not the hero.

Alfalfa, the little boy in The Little Rascals, had cowlicks. That makes sense, you see, because he was such a cute little rascal. The quirks of his hair matched his quirky personality.

But me? Cowlicks? Now? I am an organized, neat, serious-minded, 40-something mom. Cowlicks suit neither my personality nor my lifestyle.

I admit I’m not terribly good with unruliness in my life.

Okay, that’s an understatement. I cannot stand unruliness, disorganization, or unreliability in my life. But help a woman out here: what’s wrong with wanting to know what to expect at a party, or a meeting, or at a shopping mall parking lot?

I thrive on being in control. Organization and plans makes me happy. I like my days to go as I will them to, and things to be placed where they belong. Up until recently, that included the strands of my hair.

Sadly, cowlicks don’t bend to my will. As our fight for control has pinnacled, they have proven they will not even behave even if I beg them to.

My hairstylist has taught me some tricks to manage the cowlicks: while drying my hair, brush it in many different directions—brush it forward, sideways, backward, upside down, forward and all over again. Don’t put it into place until it’s nearly dry. It’s as if by confusing the strands, they will forget their newly defiant nature. Somehow, I doubt these cowlicks will be tamed—least of all by me. Like bringing a toddler to the babysitter and hearing what a wonderfully well-behaved child they are just before buckling them into their car seat where they promptly throw a tantrum, my hair behaves itself just fine for stylists. But for me? It’s a whole different mother-toddler relationship.

Like most things in life, I believe there is a bigger message behind the little message (if we called the cowlicks “little”).

I wonder—is the arrival of the cowlicks in my hair any different, really, than the arrival of the infant colic that my daughters both experienced? Those days I had to rapidly learn, as all new parents do, what it means to lack control and be swept up in chaos. With colicky babies, I also had to accept the fact that not only could I rarely discover the underlying reason for their crying spells, I couldn’t do anything to help. Colic had a mind of its own, completely unresponsive to my controlling nature. I was helpless. Just like with these cowlicks.

Maybe the cowlicks have come to remind me of important things that are easy to forget in our conformist society—such as how to stand out in a crowd, to reach for the stars, to express my individuality. Through their example, maybe they’re encouraging me to flirt, just a little, with some bad behavior of my own (no need to raise a red flag—my idea of bad behavior is watching three Netflix episodes in a row). Maybe my hair cowlick really is a throwback to the infant colic. Perhaps now, like then, I will need to learn how to live and work with it.

I also can’t help but find it a little fascinating that the arrival of the cowlicks in my hair—the unruliness, the rebelliousness—goes hand-in-hand with my own growth as a human being over these same years.

The same traits of independence and strong mindedness expressed by my hair are, in fact, the traits I have most sought to highlight in my own life, as well as in my work. It’s possible that my hair is simply emulating the very characteristics I seek to hone in myself. As if the power I’m trying to grow and awaken for myself is expressing itself through my hair. I admit that I would rather this power express itself through greater influence in my work, but who gets to be choosy about these things? If it’s my hair that’s leading the charge, maybe that’s as it should be.

So, if this is the case, do I really want to force these wild strands back into place? Do I really want them to “go along to get along?” Should I continue to expect that my hair and every other part of my body conforms to the higher power (me), rather than expressing themselves in their own way? More importantly, does it really matter what I want anyway when I’m up against powerful forces like growth patterns, and, you know, gravity?

Maybe the increasing number of things we can’t control as we get older—the changes in metabolism, the sagging of skin, the forgetfulness of mind, wild new hair cowlicks—arrive to help us remember that ultimately, very little is within our control.

Before I go too crazy trying to tame my hair into obedience—Gasp—why not throw some caution to the wind and see what happens? Perhaps a little rebellion is not only what my hair needs, but what my life needs. A little quirk here and there, maybe just a tad less control, could be exactly what this midlife juncture calls for.