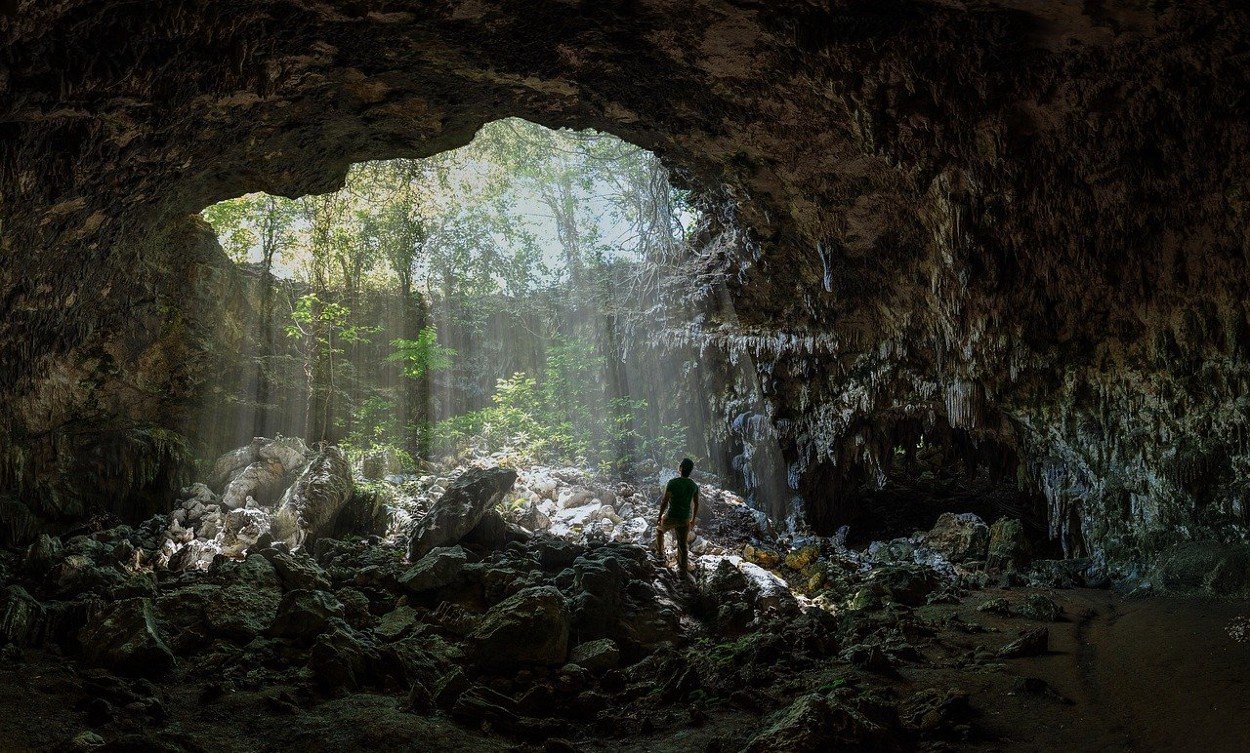 How to recognize and free ourselves from cultural conditioning

From the time we are children, we build a collection of “truths” about the world.

We don’t know that they are actually true; we haven’t studied them in-depth, nor have we put them to the test.

We believe they’re true because we always have.

Perhaps our parents first told us. Or we heard it from a trusted friend. We might’ve seen it on television or learned it at school. Or we have no clue at all where the beliefs came from. They’re just there.

These unconscious beliefs result from cultural conditioning, a process through which we are taught certain “truths” about how the world supposedly works, often using subtle yet repetitive tactics. We might not even know we’ve taken it in like gospel. We might not see the many ways these beliefs shape our perceptions and ideas about ourselves and our place in the world.

It’s hard to see them because these beliefs purposely stay hidden, folded into society so cleverly they do not seem separate.

In his “Ishmael” series, author Daniel Quinn gives a name to the teacher of these beliefs: “Mother Culture.”:

Mother Culture (using Quinn’s terminology) teaches us these things for a reason: to keep the power hierarchies of a society in power. Its only interest is to preserve the status quo. Not because it’s a healthy system — it’s not at all — but because it is what is.

Some argue that this cultural conditioning is necessary to run a smooth society and keep people in line.

I argue that it’s what keeps us from our freedom.

If we never question these beliefs by taking them apart and tracing them back to their origins, they become the underpinnings of our habits and routines.

From there, they tell us what to do, what not to try, how to keep our hearts guarded, and more. But what they won’t ever do is set us free.

For truth-seekers like myself, the journey to greater consciousness cannot only be about collecting new wisdom. It must also include freeing ourselves from old, pernicious beliefs. We have to question what we’ve been told to believe while continuing to seek a greater truth.

“The Truman Show” starring Jim Carrey is an example of cultural conditioning in action. It also shows us what happens when we question our reality and portrays the persistence required to push against norms we’ve been told and expected not to challenge.

Truman, played by Jim Carrey, is unknowingly the star of a hit TV show, itself called “The Truman Show.” To make it captivating for their television audience, everything in Truman’s world is contrived, edited, and scripted. Nothing is out of order or left to chance.

When Truman finally questions his reality, the show producers try to sabotage his efforts.

But (spoiler alert), Truman continues until he breaks through and discovers a larger truth. From there, he’d never be able to return to his old reality, nor would he ever want to.

The myth of Plato’s cave

A group of prisoners is trapped in a cave. But they don’t think of themselves as prisoners. They are busy watching forms — the lights, the shadows — playing on the cave walls. They all are watching the same movies and hearing the same plot lines again and again. They believe this is all the truth that exists in the world. That this is reality. But it’s all a lie. It’s false. It’s designed to keep the prisoners so occupied with the shapes on the wall that they completely forget they’re prisoners.

One day, however, a prisoner dares to look beyond the screen. The prisoner sees the operators controlling the shadows and lights on the walls. Then, the prisoner notes that just behind the operators is a set of stairs. The prisoner follows the stairs to the outdoors and is amazed to discover an entirely new world.

This now-freed human being returns to the cave to share the good news with the remaining prisoners. But they do not believe it. They do not want to question their reality. So, instead of investigating, they double down on their beliefs, for they cannot bear the idea that perhaps much of what they’ve believed throughout their entire lives is false.

Below are four insidious cultural beliefs to start investigating.

Along with each, I’ve shared some thoughts on what might happen if we, collectively, stopped believing them. Once you start looking for these culturally-conditioned beliefs, it’ll be like one of those eye teaser puzzles — the truth will become crystal clear. You’ll discover false beliefs everywhere you look. You’ll hear them in commercials, in conversations, and read them in books and newspapers.

Most importantly, you’ll spot them lurking in your mind.

1. Time can be wasted

My daughter called me the other day and said she’s thinking about dropping her college physics class. It’s hard to learn physics remotely. She thought if she tried again next semester when she could learn in person, that would work better.

What was holding her back from making what was probably a good decision for herself?

Her belief that the weeks she’d already spent studying were now “wasted time.”

“How is that possible?” I asked her. “Don’t you have to learn this material one way or another?”

“Okay then. There’s no such thing as wasted time.”

While I can’t deny I’ve played a role, unconsciously, in passing down this belief to her, it seems to me it has grown since she’s been off on her own.

But, you might argue, it is possible to waste time when we’re just zoning out or daydreaming. Or sitting in traffic. Or returning to the grocery store because we forgot an ingredient.

But remember this: our world, and human beings, existed before time.

Time is nothing but a human-made construct. It’s made up. How can we waste something imaginary?

If you think about it, our strange beliefs about time — that it can be wasted, saved, lost, spent — never leads to more fulfillment or joy. They only lead to guilt, stress, obligation, and frustration.

Our belief in wasted time keeps us from feeling all the feels of being human.

The belief in wasting time is an internal prod that keeps us constantly moving, never stopping to think, feel, or reflect. Somewhere inside us, we know this. We know that if we stop nurturing our toxic relationship with time, we’re going to start feeling things again. Maybe that’s why we’re hesitant to give it up.

But the moment we refuse to be pressured by a false perception of wasted time, we’ll be free.

While there is no such thing as wasted time, there are moments that have not been appreciated or lived in fully. If we stopped believing that time can be wasted, wouldn’t that help us live more fully?

2. Power as a currency

Of all the things we should not be trading away, it’s our personal power. And yet, it’s usually one of the first things we offer— maybe in exchange for belonging, acceptance, or approval.

It might seem a fair trade at the time. It’s a normal human instinct to want to belong or receive praise, love, or money.

But these things are transient, temporary states. Our power is forever.

When we give it away, bit by bit, we start to deflate over time. We shy away from using our voice. We lose the sense of conviction and purpose we once had. We become small.

The moment we commit ourselves to stop trading away our power is the moment we prevent passing this disempowering belief down to future generations.

Just who might be frightened by the idea of all of us reclaiming our personal power and freedom?

Mother Culture, from Ishmael. The producers of the show from “The Truman Show.” The movie operators in Plato’s Cave. The authority figures who benefit, generation after generation, from our disempowerment.

Imagine one day, a world filled with empowered people, unwilling to trade away their sovereignty and authority for someone else’s benefit.

Before we can reclaim our power, though, we’re going to have to stop blaming others for our current lack of power. We’ll have to stop playing the victim or the martyr and own the times we’ve traded our power for temporary gain. Are we ready to do this? In the words of author Marianne Williamson:

“Our deepest fear is that we are powerful beyond measure.”

Once we reclaim our power, the Universe will expect us to use our voices and gifts and become seen in the world. We’ll be noticed, criticized, maybe even punished because of the sacrifices we’ll no longer make. Relationships that have fed on our willingness to give up our power will be challenged to grow or die.

You can see why many would choose to stay distracted by the shapes playing out on the cave walls.

Ever since we were children, we learned about the principle of scarcity. Somehow, we’ve bought into this idea that there will always be hungry and homeless people in our world no matter what we do. It’s just the way things are, we’re told.

Meanwhile, there’s also not enough love, success, happiness, or approval or for everyone. Believing in these limitations, we’re sent out into the world where we compete against each other to receive these things. It’s a dog-eat-dog world, we’re told, and we believe it.

Scarcity is one of the greatest myths of our culture and the one that works the hardest to keep us from coming together, challenge the power hierarchies, and make the world safer and fairer for everyone.

Because we believe in scarcity, we accept millions of people going without basic human needs.

Because we believe in scarcity, we allow people to live in loneliness or fear.

But, to believe that there is enough love in the world for everyone would free us to give it without boundaries or conditions.

To believe that there is enough success would free us from envy and allow us to be unequivocally happy for others’ success.

Once we believe in the idea of “enough” — enough love, enough resources, enough stuff — we won’t stand back and watch one more person walk this earth without the essentials a human being is entitled to receive. And it would be fixed.

That’s what I believe.

Perpetual growth assumes that everything can and will keep growing upward. More is always better. We need bigger, better, faster for the rest of our lives. So we must produce more, make more, profit more — from now through eternity.

The Myth of More keeps us from asking questions about who’s running the levers of power. As long as we’re busy needing more, how could we have time to question such things?

We believe that if we’re not moving, doing, or making money, we’re not growing. We need to remind ourselves that there’s growth in assimilation. There is healing in the rest.

Sometimes, growth and evolution require standing still. Just be. You are enough.

Getting out of the cave

Once you cease believing these beliefs, others who are not yet ready to question them will challenge you. They’ll ask what’s wrong with you, why are you not falling in line?

They’ll be confused why you’re not complaining about wasted time anymore or why you’re not struggling to have more, just like everyone else. Some people might try to shame or mock you back to your old beliefs.

But once you’ve been outside the cave, you’ll never be happy inside it again.

The moment we stop watching the shadow and light shows on the cave walls, our freedom is ours to claim.

That’s the greatest truth of all.