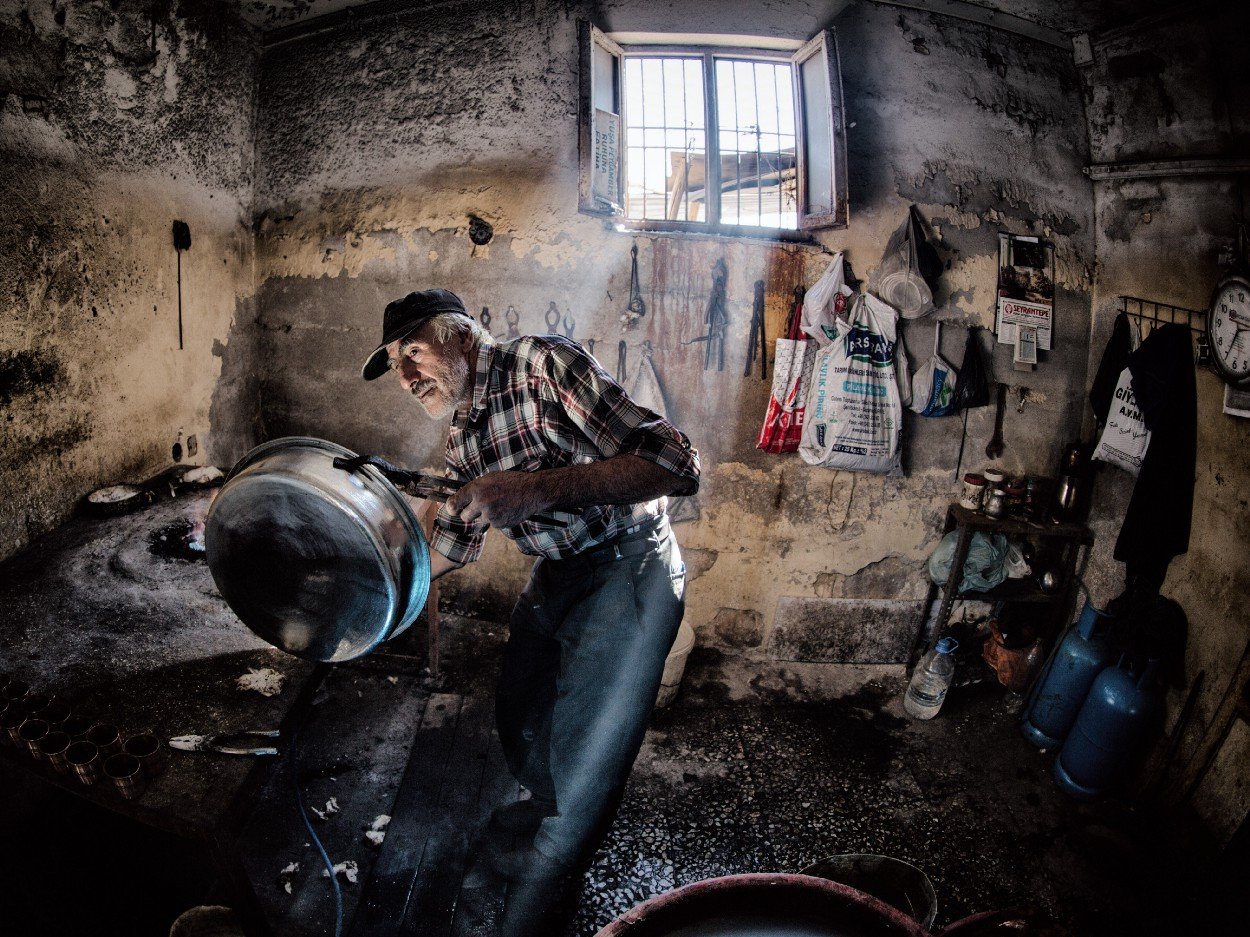 Lessons on transformation from alchemy, myth, and the butterfly

Six months ago, I asked the Universe to put me in the crucible for transformation. It did so.

I made this request because I sensed the ending of a life cycle.

I knew, too, that clinging to a persona or way of life is futile. When the Universe means for us to move on, it’s time to move on. So, I guess I hoped to beat the inevitable metamorphosis to the punch.

Entering into the crucible

This most recent life cycle, which I called my “become an author” cycle, lasted six years. Six or seven years is about the usual length of time for a life cycle for me. Then, it’s time to shapeshift into something new.

While I know that this isn’t how everyone moves through life, I’ve come to accept this truth about myself.

Like a snake, I’ve never been able to stay in one skin — job, role, or identity — for too long. Transformation and evolution define my life more than any skin. I enjoy exploring the new frontier.

What happens is this — one day, I’m going about my life and growing in my role. Then suddenly, a time comes when it feels like I’m living someone else’s story, not my own. Or, I hear the proverbial clock strike midnight. Regardless of what my ego would like to be true, it’s time for me to pack my things and move on.

So while I recognize the challenges they bring, I’m familiar with endings. I know how they feel and what they signify. I don’t fear them like I once did. Maybe that’s because I so appreciate life’s many new beginnings.

Following each mini-death, I’ve experienced a new beginning filled with surprise and delight.

In a new beginning, creativity abounds, and my curiosity becomes childlike once again. I’m no longer the expert but the novice. A hunger awakens in me to learn more, and I follow its lead.

The sweet memories of a fresh, new beginning also played a part in my requesting the Universe to put me in the fire of transformation. But I forgot about the dreadful middle stage. The stage that alchemy would call the “Albedo” stage. The stage I am in now.

Alchemy as a model of transformation

One of the reasons I shed this skin was because I decided that enlightenment was not my path; my journey is about getting in my body, not out of it.

I have also looked to Joseph Campbell’s Hero’s Journey to guide my personal transformation. In the Hero’s Journey, an initially-reluctant but soon-to-be hero sets off on a journey. Along the way, he (it’s always a “he”) meets mentors, learns lessons, and faces down enemies. He eventually returns home, changed forever.

But lately, the Hero’s Journey has lost relevance for me. My transitions are not always so visible or dramatic. The “leaving” and “returning” stages are often more metaphorical than physical.

I have had to learn how to nurture and understand my enemies, or perhaps go around them, rather than kill them. I usually need a lot more help from others than the traditional “hero” requires.

Most importantly, The Hero’s Journey is simply too masculine for me; too forceful and unforgiving, with far too much of a winner-take-all, or zero-sum-game, philosophy.

Recently, I’ve discovered alchemy. And I can’t think of a better metaphor for my personal growth than the alchemical process.

While the truest and oldest origins of alchemy remain unknown, most believe that by 300 C.E., the basic principles were accepted in most nations worldwide by philosophers, artisans, and priests.

When Dr. Carl Jung first explored the ancient science of alchemy, he saw something much more than a quest to turn lead into gold. He saw a roadmap for the evolutionary growth of a human being, a process that Jung refers to as individuation.

I believe alchemy to be the root of all of the world’s spiritual traditions and the source of the greatest truth available to us humans today, where what has become “leaded” in us can be converted — through heat, pressure, and time — into lessons, wisdom, and evolution.

The three stages of alchemical transformation

According to alchemy, there are three primary stages of transformation. They are named after the colors that the alchemists actually witnessed in the various phases of transforming metals.

It is essential to understand that alchemy is not merely seeking a change from a thing into its next natural stage, like cookie dough to cookies. It’s about transforming a thing into something entirely different.

The first stage is the death stage. It involves entering the crucible where an object — or ourselves — is heated up, melted down, and ultimately returned to a state the alchemists refer to as “First Matter.”

First Matter is the origin, the home, the beginning. It comprises of all the raw material from which the Universe, or in the case of personal transformation, a human being, is made.

In the Nigredo stage, we question without favor or prejudice all of the beliefs and ideas we’ve collected in the previous life cycle.

Personally, I enjoy this part of breaking down beliefs and perceptions to discover their origin and purpose.

I rid myself of beliefs that might’ve served a purpose initially but are no longer needed. I remove boundaries that once protected but now hinder me. And I dismantle habits that used to console me but now impede my growth.

But it’s not only individuals that endure such life-changing transformation. We could say the entire Western culture is in the Nigredo stage right now, particularly in America.

All the beliefs we took for granted are being torn down and questioned, while new, sometimes conspiratorial truths are gaining strength. All this under the catastrophic fall of structures, norms, and expectations.

The Albedo stage is the middle stage of transformation. The fire has died out, but now we sit in the rubble. Our job is to sort, discern, and dissect.

It’s time to trace thoughts and beliefs back to their origins. To reevaluate the purpose of our lives. To reflect on where we’ve been and what we’ve learned.

This stage is a slow, lonely stage in which we pick through the remnants of the fire remaining from the Nigredo stage. It’s a chore requiring discernment, patience, and brutal honesty.

This is the stage where we decide which parts of our personality will stay and what must go. What gifts have gone underutilized? Where have we sold ourselves short? How much of our power have we given away?

During this investigation, even the parts of ourselves we’ve kept best-hidden will be revealed. Our shadows, understood and integrated, have far less power over us than those that work in the background.

By understanding and working with our shadows, we actually mature out of our knee-jerk actions and begin to respond, rather than react, to life. We learn about our vulnerabilities and strengths and pair them up in such a way that keeps us humble, curious, and forward-moving.

The Rubedo stage is the awakening stage. We rebirth ourselves into the world. We find inspiration, reawaken our creativity, and embrace joy once again. Rebirth is generally an exciting time of exploration and discovery.

This stage is likened to finding the Philosopher’s Stone — the elixir of life. It is the completion of the journey.

But, before returning to the world, we must establish our new identity. This is necessary to determine how we offer our newfound and reinvigorated gifts, how and where we set boundaries, how we manifest and create.

The difference from before our transformation is that this time, we know this identity is nothing more than a “skin,” a mask, a way of showing up in the world. It does not define or limit us. We are simply showing the world a new face, where we can be fun and playful in our role, not so serious and attached. 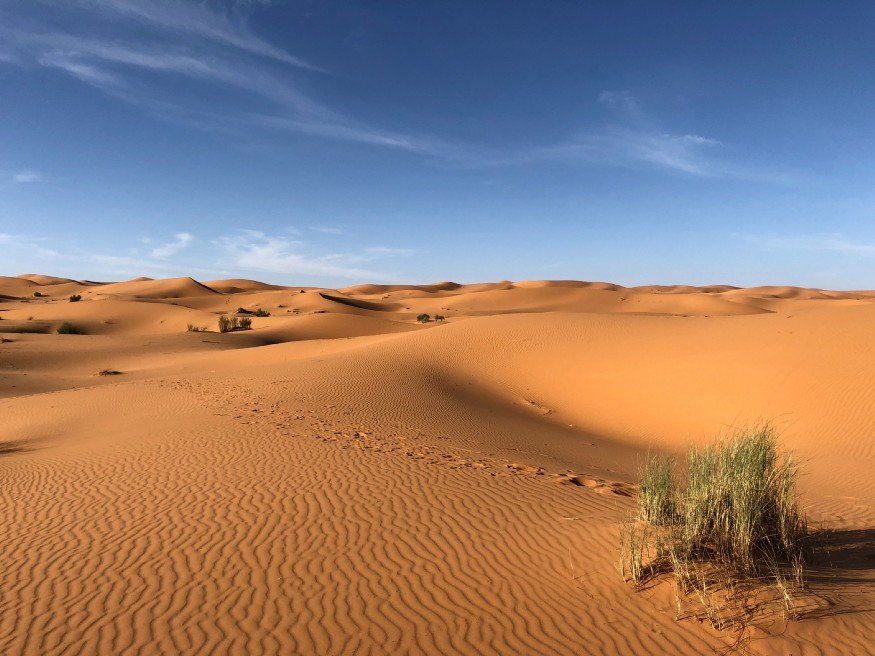 As I mentioned, the Albedo stage is where I think I am now. I’m no longer burning things down, but I’m not rebirthed yet, either.

I’d call it a crossroads, but at least with a crossroads, you have two directions from which to choose. This feeling is more like walking through a desert, watching an occasional tumbleweed roll past, seemingly more confident in its direction than I am in mine.

When I offered myself up to the crucible, I forgot about the challenges of this stage. I forgot the mundaneness of it, the blindness of it.

But here I am, in this stage — no longer what I was, but not quite who I will become.

The Eros and Psyche myth

There are many stories depicting transformation in myth and fairy tales. In fact, I think all stories are ultimately about transformation. Nobody — not the heroes, not the villains, not the companions — is ever the same at the end.

My favorite transformation story is the myth of Eros and Psyche.

In this story, Psyche, a human woman, gets on the goddess Venus’s bad side by falling in love with her son Eros (Cupid). Psyche didn’t actually know that the man she was sleeping with each night was Eros, as he made her vow to never look at him. But that didn’t matter to Venus.

As part of her punishment (and to serve her growth), Psyche must perform several seemingly-impossible tasks for Venus. One of them is to sort a massive pile of tiny mixed grains and seeds into separate piles. An overwhelming task, to say the least. But it is the best description of this middle stage.

Like Psyche, I’m overwhelmed by the task set in front of me.

I try to write, but I no longer want to (or can) write in my old voice. Yet, my new voice is still a bit raw. I want to join conversations on the Clubhouse app, but which ones to join?. Do I want self-development? Writing advice? Or, do I want to study a new topic?

I want to travel, but to where, and for what purpose?

Is it to a spiritual destination, or a European vacation, or just to a beach chair? I don’t know, because I don’t know who I am right now, or what I need.

The unknowingness of the middle-stage makes it the longest and loneliest part of the transformation.

As hard as it is, this unknown, purposeless-feeling time does indeed have a purpose: to carry us to our new beginning.

The hope of the imaginal cells

Inside the chrysalis previously-dormant cells, called imaginal cells, awaken to guide the design and structure of what will eventually become a butterfly.

These imaginal cells hold the idea of the new form within them. They always existed inside the caterpillar, but not until the caterpillar entered the chrysalis was it time for them to work.

I like to imagine that imaginal cells are waking up within me right now. That they know the next iteration of “me” soon to unfold, even if I don’t.

I’m glad I have these models and stories to look to right now because we don’t often speak of these confusing, in-between stages with each other. I realize that I rarely write of them, either.

It’s much easier to write about them from the other side. Then, we can write about the lessons and the journey we took from our new place of ease and stability. But while I’m here, like Psyche, I have much to sort through so that I can make an honest inventory of myself and my life.

Meanwhile, I need to trust that my imaginal cells will guide me, if not swiftly, then gently and safely into my next incarnation.