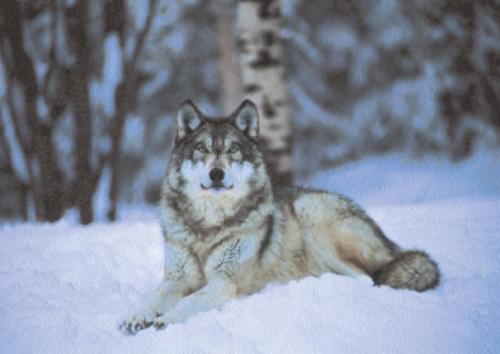 In early December, I found myself reaching the latter stages of my memoir: Skin by Skin: From Ambition to Compassion. Most of it had been written and rewritten dozens of times over and was ready for others’ eyes on it. But there were a couple of parts of the book that were incomplete. Not because I didn’t want to complete them, not because I didn’t know what needed to be done, but because what needed to be done was going to be exceedingly difficult. These sections required me to dig deep, be clear and specific, explain fully, yet keep it within the realm of the arc of the chapter’s storyline: my personal encounters and struggles with patriarchy: the system of thought and practice that doles out power and influence to men (white) over women and minorities.

To undertake such a task, I decided to take a weekend away by myself. I wanted to put myself somewhere where my contact with others could be minimized and cooking and dishes left to someone else. I considered the ARC in Cambridge, MN, as I’ve been there many times, and the food is so good, but the anonymity I sought would not be present, as the staff there goes out of their way to make you feel like family. Other times, that’s exactly what I need. This time, it was not.

Neither did I want to spend precious hours driving, so I had to find somewhere close, and ideally somewhere where I could receive a massage to help work out sore shoulders and a tight low back. And I also wanted to be in nature. With these criteria in mind, I settled on the Grand View Lodge near Brainerd, MN. It offered a nice variety of restaurants, decent cuisine from a quick perusal of the menus, and quiet cabins for 1-2 people alongside the lake. Within no time I was booked, paid and packed.

A drive to Brainerd is a relatively easy drive. A few hours on the road with nothing but my thoughts and my music is a pure luxury. As I drove on, the city gave way to the country, the cars gave way to trucks, the Starbucks gave way to gas station coffee, the billboards shifted from college advertisements to gun shop advertisements.

I arrived, parked my GTI between two large trucks, went inside to check in where I inquired as to dinner hours, made my massage appointments and received the key and directions to my cabin. So far, so good.

But later that afternoon, when I returned to the lodge in my bright print leggings and a computer under my arm to grab a sandwich, I saw something that stopped me in my tracks. It was a truck with a North Dakota license plate that read “KLNSTUF.” I couldn’t move. My brain told me to take a picture, take a picture, but I couldn’t bring myself to do it (now, I so wish I had!) Instead, I stared and stared at that plate. Eventually, I made my way into the pub area and ordered a beer. I was pretty sure I spotted the owner of this vehicle—the place wasn’t very crowded—one of two young men sitting up at the bar. Feeling a dangerous urge rise in me to go and talk to these young men about their desire to mark themselves in this way, I called my husband and ranted for a bit. But even that didn’t help, and now it’s late January and I haven’t forgotten that plate.

While I am not a hunter, I am from North Dakota. Members of my extended family hunt. My brother hunts. They love the sport, they plan it out a year in advance, they train and bring their dogs, they cook and eat the meat themselves. They follow the rules, they are not cruel or unnecessary. I prefer my animals alive and thriving, but still; not a one of them would probably ever put KLNSTUF on the back of their vehicle. What is the motivation that drives someone to identify themselves in such a way? I assume he’s boasting that he kills animals (which, let’s keep in mind, is never a fair fight), but what other “STF” does this young man kill that he is so proud of? Does he “kill” dreams? Does he “kill” high spirits? Does he destroy relationships? Progress? New ideas? Why not have a license plate like GRNSTUF, or HLNSTUF or LVNSTUF or LRNSTUF? I could think of a dozen other verbs by which to align oneself and one’s purpose in life with. Why, I would ask him if I dared, is “killing” the one action that you’ve decided defines who you are in the world? I just could not get my head around this.

OK, I can hear the pushback: Keri, you’re taking this too far; Keri, don’t overthink this; Keri, he loves to hunt, can you leave it alone; Keri, it’s only a license plate. This reminds me of when, in the early stages of our marriage, my husband would accuse me of being over-emotional. In the beginning, when I believed expressing emotions was weak, this made me feel weak. Until I grew strong enough to look him in the eye and say, “No, I am not over-emotional. You are under-emotional.” He never said such a thing again.

I put my head down to get back to work, but soon, an older gentleman came over to my table on his way through and asked me, “Are you workin’ hard or hardly workin’?” To which I looked at my screen, at the paragraphs I had so far written about patriarchy and its influence on me, and replied: “A little bit of both.” It’s telling that he did not feel the need to bolster his courage to come and talk to me, but I knew I would never dare approach the young man in the same way.

I realized, pretty late in the game I admit, where I was: smack dab in patriarchy central. And a single woman with a computer and printed leggings is going to get some attention, not all positive.

Well, shit. I said to myself, the one thing that I’ve been trying to escape and heal from is all around me. What was I thinking when I booked my stay here? I am not welcome here, I have a spotlight on me everywhere I go, and not only from men. I felt more of an outsider in Brainerd, MN than I ever felt in Myanmar.

I returned back to my cabin only to discover that for whatever reason, my electronic key no longer worked. I returned to the front desk and requested a new key. The young woman behind the counter did not know how to do this transaction, so she asked her manager/co-worker. He came and stood over her, told her how to do it with such condescension and un-necessary authority in his voice, I cringed for her, and smiled an apology when she handed me the fresh key.

Back at my cabin, still baffled by the license plate, I finally realized what had happened: in order to write about the patriarchy, I had to go sit in the center of it. This was no mistake. This was on soul-purpose. For if I didn’t sit in patriarchy’s hub, I could easily pretend that its energy and influence have faded in the modern day. I could pepper my writings with clauses about how life is improving for women, how women are equal in so many ways, how the value of women is no longer focused only on her body and her sexual and reproductive abilities, and that in no other time have women had the access to healthcare, information, jobs, and choice as they do today. But thanks to my locale during the bulk of the writing of this section, there are no such apologies in my work.

However: just to be sure I knew exactly whose territory I was in, the man who had condescended to his female coworker the day before asked me how my stay was while I checked out. I told him that everything was great, thank you, but FYI there are no hairdryers in the cabins (which meant I had to go to my massage in the early morning cold with wet hair.) He told me with a poorly-hidden smirk, “I’ll make sure to pass that along.”

The North Dakota man may be KLNSTUF, but patriarchy is alive and well.