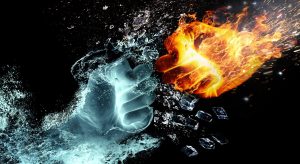 As we prepare to move into not only a New Year but a new decade, I’d like to share a reflection on the concept of power, and the power balance (or imbalance) that currently exists. Power is, I believe, one of the most important yet misunderstood topics of our time.

Our current status is this: a number of pieces of traditional power hierarchies have been knocked loose. This situation is responsible for the increasing chaos in our world. But it is also an opportunity.

It is a pivotal and remarkable time to be alive. We can take the chaos and use it to re-establish and re-distribute power. It is an opportune time to delve into deep conversations around pursuing collective good over individual success. The question of what kind of society we wish to hand down to future generations is staring directly at us.

Given this opportunity, I am distressed at the number of people who have shut down their conscience. Too many have chosen to live from fear and feel-good, knee-jerk reactions. Words like “values”, “morals” and “ethics” are harder to find in the daily news.

I’m disturbed by the number of people who have shunned their own intuition and truth-sensors and decided, instead, to let truth be defined as anything that makes them feel better, or worse, superior to others. It’s frightening to watch how many people who, instead of addressing their pain, unleash it onto others.

Unapologetic abuses of power are running rampant in our world.

Just yesterday, Democrats revealed two articles of impeachment against the president of the United States, one of which was Abuse of Power. It remains to be seen whether the attempted check of power makes an impact through punishing this behavior and, maybe more importantly, changing future behavior.

At the same time, however, our culture has and continues to undergo numerous fast-moving and far-reaching movements that have served to bring a different kind of power into the world. This kind of power doesn’t seek power over, but seeks to empower one another.

This includes events such as the Womens’ March, #MeToo movement, the record-breaking number of women elected to office in 2018, and the subsequent exposure of inappropriate behavior by men in power in nearly every conceivable field.

These incredible movements have checked and/or removed people from power who were once untouchable, while simultaneously bringing deep and lasting healing to millions of victims of their abuse.

All of this brings us to a critical juncture in and for our society.

Two very different forces of energy vie for control. One seeks to unleash and consolidate power even more, the other which seeks to check it, balance it, and redistribute it.

These two forces rub together causing friction. This friction generates heat—more heat than the collective consciousness can absorb. This excess heat is responsible for the spike of anger, impatience, hate, intolerance, and so on. In addition to too much fire, there’s not enough water in our society right now—compassion, kindness, gentleness, patience—or earth—groundedness, steadfastness, resilience, centeredness—to contain, cool, or manage the fire.

This situation is untenable. It will not die down on its own, no matter how tightly we close our eyes. Our wisdom and our attention is required. We must re-think who we are and what we believe in. Otherwise, the fire will eventually burn down whatever might remain of our shared morals and values.

Part of the challenge of talking about a word like “power” is that so much of what we believe about power is flawed.

We falsely believe, for instance, that for us to have power for ourselves, someone else must lose it.

We falsely believe that power must be earned through accolades, praise, or recognition from others.

Ultimately, we falsely believe that power is a limited resource that must be fought for.

And so we fight over it, with scarcity and fear as our motivators, and we hurt ourselves and others in order to get it.

Like any other energy of the universe, power has a yin expression and a yang expression.

This misunderstanding of power is rooted in the out-of-balance masculine (yang) energy (sometimes referred to as “toxic masculinity”). These days, this kind of power is celebrated like never before, causing it to overshadow other softer, subtler types of power.

It’s seen in the bullying and name-calling that is no longer the jaw-dropping exception but the norm. As well, it is behind the dehumanization of refugees, immigrants, and women. It would be one thing if this behavior were continually called out and dismissed, and if we, as a society, agreed that there is never an acceptable reason to partake in such demeaning and abusive behavior.

But, we are collectively adjusting to these changes in our rhetoric and dialogue with each other in ways that are frightening to anyone who believes in equality, justice, fairness, and compassion.

This out-of-balance yang power is about control over others. It is about coercion and arm-twisting and getting others to fall to their knees for mercy. This power uses the tools of fear, threats, insults and mockery. It doesn’t discuss, it demands. It doesn’t share, it hoards.

People who hold this kind of power are simultaneously empty and insatiable. They will never feel “full” or “satisfied”, no matter what they get or how many people bow before them. Meaning, for instance, that it will not matter if Donald Trump wins the election in 2020 (which I predict he will, unless we shift these power hierarchies), and wins the House and Senate as well (also likely). He will still lash out at what views as unfair. He will still act as if he’s the victim of a master plot.

Pro tip: Never, ever, try to negotiate with someone who is motivated by their negative yang power. You will give and give and give until you are drained completely (see: Lindsey Graham).

Problematically, we’ve defined power (and let others define it) in only masculine terms: the muscled bicep, the loud voice, the gun at the hip, the immovable, blank face. What we’ve missed is the incredible power found in feminine terms: a loving touch, a listening ear, an open heart.

A balancing yin power could bring the earth and water elements so desperately needed to tame the fire.

The kind of power we need to awaken right now is an intrinsic, inner, feminine (yin) power. This kind of power comes from and feeds self-love and acceptance. It is generated from within. It feeds other peoples’ potential for power, not drains them of it. Love and abundance are the prime motivators of this power, which is ultimately about supporting and helping others.

This power transforms an average person into one who ushers an awakening for themselves and others.

Then, power as a whole will no longer be a rouge energy, separated from all sense of higher purpose.

Let us, in 2020, come together and bring a better power balance into our world. We will generate so much positive light that, like roaches, the dark energies of ruthless power at-any-cost will scatter back to the fringes.

In the meantime, please join me on my podcast, Awaken your power, where I talk about the faces of power. This is my contribution to bring some balance into a very unbalanced world.