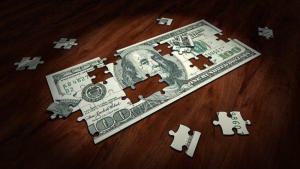 Much of the way we live is unconsciously learned behavior that gets built, thought by thought, into habit and routine.

We do something a certain way because “it’s always been done that way.” We believe something because we were told it was true enough times, we stopped wondering. We accept something because we’ve never envisioned it could be different. As said in The Truman Show, “We accept the world with which we are presented, it’s as simple as that.”

To put it bluntly, we have been brainwashed.

Our attitude toward our work life, particularly in America, is no exception, and perhaps provides one of the best examples of our brainwashing.

We’re told, and thus believe, that we should find a job that meets the following criteria: they must pay well, the job must be suited to our abilities, and ideally, there’s room for advancement. Following our passions and curiosity might be on the list somewhere, but not near the top.

We are reminded that simply having a job is something to be thankful for in this country. Wanting more out of a job—such as that it should inspire or excite us, or that we should see ourselves as contributing to the larger mission—is unnecessary, and maybe even greedy.

The expression “working for the man,” doesn’t, of course, actually mean men, specifically. It means the system of patriarchy, or the social paradigm that we live under and that has divided the world into sections, lines, hierarchies, and tiers. It means the system in which those at the top are over-compensated for their work, while those at the bottom are under-compensated.

The expression also refers to capitalism, which, for all its purported benefits, ensures that every interaction in the workplace is a zero-sum game, turns our peers into our competition, and runs on the principle of scarcity.

As long as we keep believing there’s never enough, effective and rewarding collaboration will continue to be a rare exception in workplaces.

Combine patriarchy with capitalism (assuming they’re not two heads of the same dragon to begin with) and we get workplaces where the employee with the most cut-throat tactics, the least principles, and quiet, blind loyalty is often given the best opportunities. Those who are equally-abled, but strongly principled and ready to speak truth to power, get left behind.

Not only does this leave many workers unfulfilled and unrewarded, it doesn’t actually serve the company, either. And if it’s not serving the company or the workers, then what exactly is the point?

It’s time to rethink how we approach work.

Considering that a large portion of the American population is out of work right now, it may seem an insensitive time to discuss this topic. I see it differently. While the world is turned upside down, while families and individuals are rethinking their priorities and values, and as companies are considering what business is going to look like going forward, it’s not only a good time, it’s an ideal time to discuss new ideas. New egalitarian ideas and beliefs sets can create the foundation we need as we re-conceptualize work in America.

To demonstrate my point: If I created a new religion, I would not try to sell it to people in churches, synagogues, and mosques who, at least on some level, are content in their religion. I would instead share it with people on the streets who are disillusioned by their previous religion, or perhaps newly curious about or looking for religion. These are the people most likely to be open to hearing my idea.

If you’re willing to explore this idea with me, here are just a few examples of why working for a company or for a person ultimately fails everyone. I’m sure we could brainstorm many more.

We must change the way we relate to our idea of work: Rather than working for people or corporations, we must choose to follow and work for the ideas and the idea-makers that inspire us, challenge us, and wake us up to our fullest human potential.

Speaking as a Gen Xer, I applaud and support Millennials for taking ownership over who they work for and why in a way that challenges the status quo. We didn’t even think to advocate for ourselves in this way; it wasn’t considered “polite.” Yet, there is still a long way to go for these new mindsets to domino through our culture entirely. When we talk to our children about finding jobs, or when they talk to their children about finding jobs, we must first consider the vision behind a company or person, and whether or not that’s something we can truly believe and invest in, too.

We must break free of the cultural brainwashing around what it means to work in our society. We must create new habits, routines, and ways of thinking that launch us into a more evolved future where businesses are incentivized to seek out curious and engaged workers to help them build something worthwhile, and workers know that they are valued for their criticisms, suggestions, and ideas.

We must create a world in which people seek to work not for a business or a person, but for an idea, one that brings them joy and calls them into true partnership. This will inevitably foster better working environments, which will mean thriving and fully creative human beings, which will result in more innovative and groundbreaking businesses, all leading to a more evolved and fulfilled way of life, a better world, a more evolved society.

It’s all possible if we wake up from the slumber we’ve been in, stop working for the man, and work for ideas instead.