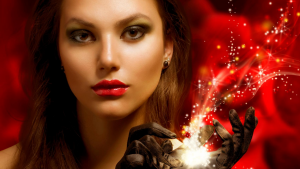 Let me start with something I believe:

It’s vital to our mental, physical, and spiritual health that we humans have convictions.

I believe in holding principles and ideologies that supply meaning and connectivity in our lives.

Because beliefs often point back to our values, they help us remember what’s important to us. In times of doubt, we can tune in to others who believe the same beliefs, and come away freshly inspired.

When we’re in a healthy relationship with our beliefs, they become guides that can help us live our best life by creating a foundation of support for our livelihoods, voice, purchasing power, purpose, and even hobbies.

A set of mindfully held beliefs can help us shortcut daily decision-making, so we don’t always have to begin at the beginning. Nurtured, well-cultivated beliefs can be like old friends—a hand to hold on to, a voice to listen to in good times and bad.

But when left unsupervised in our mind, beliefs can quickly turn into jealous friends who don’t allow you to entertain any new ones. They can force us into reactionary relationships with others who hold differing beliefs. They can slowly morph us from curious, imaginative souls into programmed automatons who rarely think, respond, or listen, but rather recite, recycle, and repeat.

I know this because I experienced these highs and lows in my relationships with my own beliefs.

When I started taking yoga in 2002, I was immediately hooked on the power I sensed in the practice.

As I sifted through all the various approaches to yoga, it didn’t take me long to develop a set of beliefs about what the “right” styles of yoga were. They happened to be the ones that had met me where I was at.

I preferred the Hatha styles, because they gave me permission to rest my tired mind and body. Going deeply into my bones and muscles via the alignment cues in Iyengar classes scratched my perfectionism itch. And I loved any class where the teacher shared the philosophical side of yoga, as it allowed me to reflect on the meaning of life and my place in it.

I did not care for the “fitness”-style classes. I didn’t like loud music, bright lights, or anything that gave me the sense of being in an aerobics class. I didn’t think that the yoga plus [anything] did justice to the original purpose of yoga.

Slowly, I became what some might now call a “purist”—though I don’t remember that term being floated around back then. I just followed through on my beliefs by taking the classes I liked and skipping the rest. It was that simple. I never felt the need to defend these beliefs. They just quietly guided the choices I made for my practice and, eventually, as a teacher.

Some years later, I came across an opportunity to expand my work by partnering with another woman on a much larger mission: opening a brick-and-mortar yoga studio. To me, this was a dream come true, and the opportunity to give back to yoga all that it had given me in a more permanent way.

My new partner expressed a similar vision to mine when we first met, but as we moved through the planning phases, she indicated her belief that in order to be successful, we should include some fitness-style classes.

I understood, on a financial level, why we might do this, and so we added some to our schedule.

But I didn’t like it, and told her so. I had wanted to offer yoga in its purest, most un-Westernized forms, because it was those forms that contributed the most to my growth.

You won’t be surprised to hear that my partner and I then began arguing on a pretty regular basis. Our views on yoga, which had once seemed aligned, began to diverge farther and farther apart, like two tributaries of a river. I became more dogmatic in my desire for a more “traditional” yoga studio; she began considering such things as aerial yoga.

Feeling my beliefs threatened, I dug deeper into them. These beliefs then seated themselves deeper within me, where they solidified into dogmas.

At this point, my beliefs were now fused with my identity, so the fight was not really about a style of yoga class anymore. It was a fight for my life.

That was how I saw it, anyway.

If I let my beliefs go, or even moderated them, it would’ve felt to me like I was denying the worthiness that yoga brought to my life. In other words, because I had invested so much into my beliefs—including my reputation, livelihood, and even worldview—it would have cost too much to bring them out for questioning.

I had begun my study of yoga with fascination and open curiosity. Now, I had neither. I had morphed from a curious, imaginative soul into a programmed automaton who rarely thought, responded, or listened but rather recited, recycled, and repeated.

Slowly and then all at once, as the expression goes, I had become the warrior defender of yoga that yoga never needed.

This is what happens when beliefs solidify within us. Logic, common sense, imagination, curiosity, and true listening—all the things that are necessary for our growth—fall away.

I’m sharing this story right now, and remembering what it felt like to be spellbound by my beliefs, because I’m seeing a similar situation play out as a good swath of the American population digs their heels in over such a small thing as the use of face masks during a global pandemic. Or, as what should be a nuanced discussion about school opening this fall turns more and more polarized.

Because of my experience, I see past the dogmatic and impulsive behavior we’re seeing on social media (or maybe in our own families) to the defensiveness they’re likely feeling over beliefs that perhaps align with their worldview, or make them feel better or more in control as we navigate the unknown. In other words, I see them as coming under the spell of their own beliefs. I am frustrated by this behavior, but I have compassion for it, too.

Once spellbound, it’s nearly inconceivable to let our beliefs go, or even adjust them. The more helpful a belief was to our self-image or sense of confidence when it initially established itself within us, or the more we’ve changed our lives (or social media pages) to accommodate the belief, the more likely it will become entrenched.

Once one has worn a MAGA hat in public, I can imagine it’s pretty hard to take it off. Easier to dig deeper into the beliefs. Deny warning signs. Leave no room for discussion. I remember this feeling well.

But I also remember the relief and freedom that came when I finally let go, and I hope that my words and story can break some spells here and there, so we can once again as a society reason, question, learn, and grow.

Fast-forward to the end of the yoga studio story:

After yet another argument with my partner, something deep within me woke up. I snapped out of the spell I was under. Hard.

I was not too impressed by the rigid, angry, defensive woman I’d become. And if my exhaustion, insomnia, and anxiety were any indication, my body was none too happy, either.

I was ready to start the process of creating new, healthier relationships with my beliefs. But, I did not see a way back to a healthy partnership. Too much damage had been caused. I left the studio behind only a year after its opening.

Healthy beliefs can guide our lives and our choices, but when no daylight exists anymore between us and our beliefs, they are no longer our guides. No matter how empowered or informed we think we are, our beliefs are now our masters, and we, mere servants.

As time passed and the need to defend my beliefs on a daily basis disappeared, they melted back down to where they likely were before this story began—preferences at least, strong opinions at most. I also practice yoga again, like it’s all new. It’s good to come around to the beginning again.

Breaking free from the spell of my own beliefs required the following:

Anytime we’re doing discernment work, we need to make sure we have plenty of self-love. While we question and dig away (and sometimes dig right into our sense of identity), self-love provides a soft place to land at the end of the day.

We are all susceptible to addictive beliefs. We must drop the “I’m too smart for that” routine.

We all have sticky beliefs that cause more harm than good. Just to recognize that is an act of humility guiding us one step closer to freeing ourselves. It is only now, nearly two decades since it all started, that I can see just how tied up I was in my own beliefs, how prideful I was about them, and how they ultimately caused me harm. That took humility to recognize.

Write down all the things you believe are true. This was an exercise I did shortly after I left the yoga studio as a recommended part of my healing process. My list went on for pages and pages. It truly was astonishing to see on paper all the things I walked around believing every day.

No wonder so many of us are quick-tempered, defensive, angry, or reclusive—we’ve got all this baggage to protect. Stay open, stay curious, and know that if a belief drops away, it’s ultimately for our greater growth.

The story I told above took years before I was able to tell it—especially in a way that did not paint me as the victim. To get here, I had to first see and acknowledge my own humanness. Give up my sense of righteousness. I had to see the silliness of holding on to my beliefs so tightly that I became one with them. This is our human condition, and none of us is exempt from falling into the trap once in a while. It’s okay to laugh at ourselves occasionally.

I am now free to engage in friendly debates about the merits of fitness-based yoga. Believe it or not, I once even considered attending a yoga+beer event (but I couldn’t quite pull the tap, er, trigger).

In a way of speaking, going forward, I prefer flirting with new beliefs, rather than seeking serious, long-term relationships with them.