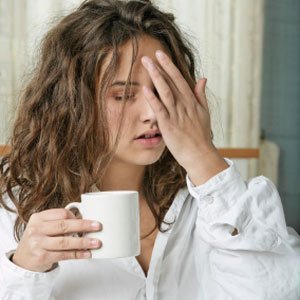 We are a nation of people nursed on the desire to feel good and this takes precedence over such things as cultivating wisdom, deepening mindfulness or fostering positive and supportive relationships with ourselves and others. We are taught to believe that outward actions, and outward rewards, measure our value and importance in the world. We are taught to reach for the quick fix, the indulgent, the transitory, the high. Our economy depends on our quest to consume in an effort to feel good, and for it to succeed there must exist within us a certain level of greed, paired with a shaded awareness and a “we will worry about that later” attitude.

To be sure, this high of feeling good does offer us gifts: it allows us to temporarily transcend our troubles, secure our sense of belonging, raise our (imagined or real) importance and significance in a world where it’s far too easy to fall into the black hole of insignificance. Whoever emerges from there? It gives our ego a ride on top of our shoulders where it loves to pretend that it is mightier, smarter, stronger, than those down below. For a time, we can align with the belief that everything is right with the world.

But what goes up must come down: the vacation must end, the dress might be ripped, the job not everything we hoped. Feeling good always feels good until it doesn’t, and the momentary satisfaction, even triumph, of doing whatever the hell we feel like leaves us alone in its wake to wrestle with whatever existed beforehand: disappointment, loss, sadness, depression, anxiety, fear, self-loathing.

Added to this all is a newcomer: regret. I admit that letting my loved ones have a piece of my mind always feels so good, as does indulging in a bit too much red wine, chocolate candies, or even downward dogs. But I’ve paid for my temporary good feelings with a hangover, a bloated belly, a pulled hamstring, and in the case of my loved ones, that sickening feeling in the pit of my stomach, that fear that a thread of trust between us has been broken beyond repair, that inner knowing that I can do better, that love demands that I do better than carelessly demanding that I feel better now.

For most of us, the move out of adolescence instigates a shift from seeking immediate gratification to seeking those things that are longer lasting and self-sustaining: harmonious relationships; a healthy body and mind; work that satisfies not just the checking account but the soul; participating in the giving and receiving of energy, love, care and compassion; a satisfying inner life and overall contentedness. We understand that feeling good is only temporary, and we begin making incremental changes in our lives that affect the long-term outcome of who we want to be: a whole, wise, mindful, heart-centered human being.

In other words, we evolve.

We grow up and out of temporary quick fixes, impulsive words, rash actions. We stop believing commercials and celebrities.

But evolution is not occurring in our political process; it rather appears to be trapped in adolescence where the temporary goals of “winning” and “beating others” and “look at me” have seated themselves at the head of the table and is more than flirting with influencing our choice of a leader for our country.

Not just over the state of Minnesota where we once voted Jesse Ventura into office, but the leader of our country. The leader of the free world. Many Americans, rightfully worried, hang on to a rope of hope that one act of “strength”–one move, one threat, one bomb–will right the wrongs, reinstate morality (the American brand) across the globe, and level the playing fields—literally—leaving America at the top and everyone else groveling for a few American crumbs. This is not an evolution; this is a dangerous devolution.

If we do not take pause, if we do not stop the madness and think, this may result in a devolution of all what makes us human beings and cohabiters (allow me to stress the “co”) of this beautiful, one-and-only planet. And we may wake up next to the person who looked so hot under the strobe lights of last night, but in this case, the sheets will not untangle so easily.

Let’s look at this quote from Republican frontrunner Donald Trump: “I would just bomb those suckers. That’s right. I’d blow up the pipes, I’d blow up the refineries, every single inch, there would be nothing left.” It is shocking to me that these words were actually spoken out loud, instead of, perhaps, at a video game screen, but there you have it in quotes. It reminds me of an exchange between Marge and Homer on The Simpsons: “Homer, use your inside voice.” “I don’t have an inside voice!”

I am stunned that there is a belief taking root that there is or ever could be a singular and straightforward answer to the problem of ISIS and that due only to ignorance or unwillingness on the part of the current administration, that one thing has remained stubbornly undone. The word I’ve heard in the political debates that most closely describes the goings on in the Middle East is “quagmire.” I recently tried to understand the bigger picture of who is who in the Middle East, who did what to whom first, and who retaliated for what when, but I easily got in over my head. The only truth I walked away with was that everyone is to blame, and there could not possibly be one right answer. Certainly not from an outsider like the United States. The solution, if there is to be one in our lifetime, requires thoughtfulness, mindfulness, consideration and collaboration with other countries and a deliberate, step-by-step approach by people who can look at this from all angles. The problems did not develop overnight and they will not disappear that way either.

Have we not already learned that for every head we cut off the monster another two, or three, grow back? Do we have no use for learning from our own mistakes? Should we shred the history books or call them nonsense, doomed to repeat history over and over again? As a nation, we seem to suffer from memory problems.

Yet I gather that Trump, and those who applaud an outrageous statement such as above, think that there is a quick fix and more—that Trump has named it. They might believe that putting him in office and finally getting around to bombing “the shit out of ’em” might be pretty damned effective. Fists would raise as would American flags and shouts and American egos would bask in the immediate aftermath. But for how long?

Or how about this quote from Ted Cruz: “We will utterly destroy ISIS. We will carpet bomb them into oblivion. I don’t know if sand can glow in the dark, but we’re going to find out.” I imagine him offering this quote whilst standing on a mountain and thumping his chest. Cruz might revel in the image of sand glowing due to an action he instructed be carried out, but how would he—how would we— feel in the ferocious hangover of this event? How would he/we feel seeing the innocents, the men, women and children who wanted nothing to do with this war, who wanted to lead a life just like you or I, lying dead or blown to pieces? Would he/we call them “collateral damage?” Would he say, (didn’t he say?) at least it wasn’t our children? And then, how will it feel to wait while yet another vacuum develops to produce yet another terrorist group that is more bloodthirsty (hard to imagine but it’s possible) and more well-equipped than the last? This kind of radical machismo fueled with unbalanced testosterone is a human horror, and should be treated like an atrocity of words. Yes, we have freedom of speech, but if we do not applaud these statements they will not get traction, and those who speak them will learn to do better, will be forced to evolve or fall away from the spotlight.

And did I actually hear correctly, Chris Christie calling Obama an “petulant child” when he, Christie, called for the shutdown of the George Washington Bridge in New Jersey in a “take that” moment of pure impulsivity? How do we forget these actions? Moreover, how do we allow someone who takes these actions even be in the running for the highest office of the land and reconcile that with believing ourselves a country built on morals and ethics?

As long as we continue to cheer for, support and otherwise encourage divisive and explosive language and actions, we will continue to get it. The candidates are, in more ways than perhaps we wish to admit, mirrors to ourselves. If we demand better, we will get better, but as it is currently, filled with a insatiable hunger for the kill at any cost, I truly worry about the state of our country—the state of our minds—if any of the Republican candidates take office. For in their hunt to feel good (and powerful and strong and righteous), I fear they will destroy our future and soon, our planet.

A mature, responsible human being knows that life, and certainly world peace, can not be built on a block tower of scattered, momentary feel good moments. We must instead steadfastly, mindfully, collaboratively work towards this effort and build something that will last for future generations. We must allow for baby steps not toddler tantrums and recognize that peace rises out of mutual respect. We must seek to address the roots of the global fear, anger, hatred and violence: overpopulation, poverty, lack of resources (or reluctance to share them), lack of opportunity (or failure to provide it), and yes, global warming. We must, and we can, go much farther than temporarily feeling good.

Let us not choose our leader based on what will scratch an itch or soothe a fear. For if we do, our judgment will cloud, our actions will be blind and knee-jerk, and I firmly believe we will have a hangover that could make anyone’s drunken college days look like a fond memory.

Think about the future generations, think of all that we teach our children (kindness, respect, patience, inside voice vs. outside voice, everyone matters, etc.) and seek those qualities in our leader. Why foster them in grade school if we only kick them to the curb as adults? I feel another blog coming on about that topic by itself, but for now, please, try to look at the current situation as if already in hindsight and let us not later regret this most critical decision.