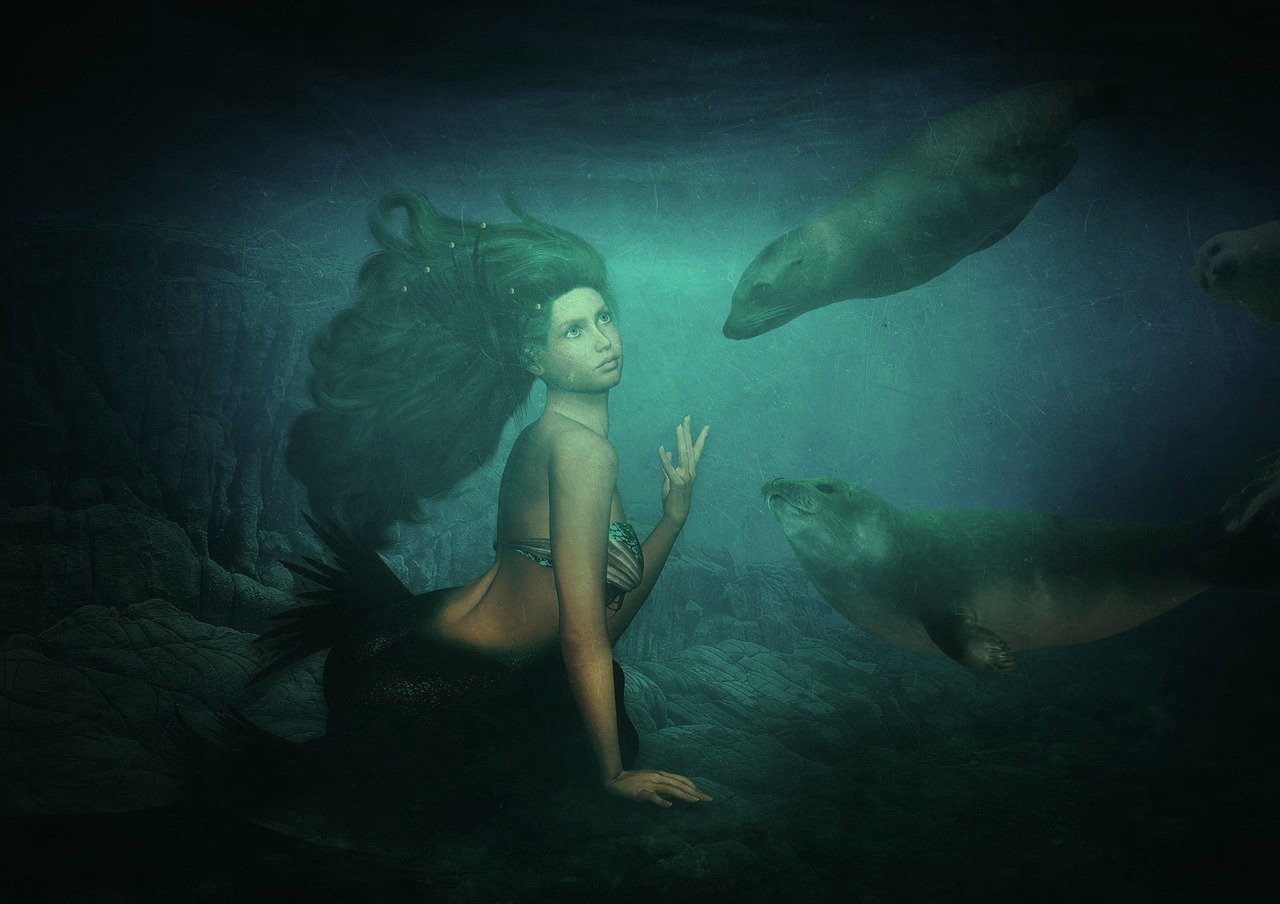 The story I share below is a Scottish story called “The Seal Woman.” It is a story that is especially dear to me as it has to do with a woman’s skin, and her return to wholeness. This is a story for women of all ages and stages of life. It is very healing after childbirth and the necessary reclaiming of one’s body for oneself. And it is a story about reclaiming power.

For anyone who has read any part of my book, you know that my most prominent metaphor is that of “skin”—as it relates to shedding our skin, finding our skin, and moving through skins. Fun fact: the book’s original title was “Skin by Skin!”

However, the final title of my book is “Embodying Soul: A Return to Wholeness”, and “skin” made its way into usage as an organizational structure instead of the title. But the theme of wholeness is present in both my book and the seal woman story.

For these reasons, my editor and I almost included this story in the front pages of the book, but decided we didn’t want to “clutter up the entryway.” You can learn more about my book here:

One day, a Scottish fisherman was strolling along the beach when he discovered seal pelts tucked behind the rocks, dozens of them, in various colors of gold, black, pink, and yellow.

He wondered if they belonged to the selkies—the legendary beings made of moon silk who can live among humans but whose true home was the sea. Sure enough, as he gazed out by the water, he caught sight of the selkies playing on the beach, having left their seal skins behind.

To prove to himself that this was not a dream, he decided to take one of the pelts for himself. And so he snuck it home and tucked it in the door jamb.

Later that night, he heard wailing outside his door. He opened the door to find a selkie woman standing there, shivering without her seal skin, but oh, so beautiful.

She introduced herself to the man saying, “I am a seal woman. I live in the sea. But when I was playing with my sisters in the water, I must have lost or misplaced my skin. It’s not where I left it. Maybe someone took it, but I cannot return to my home in the sea without it. Can you help me find it?”

The man, struck by her beauty, wasn’t sure what to do. On one hand, he could return her skin and she would certainly leave him and return to the water. But he was lonely, and she was beautiful. He was not a malevolent man, but he saw an opportunity to enrich his life.

“I don’t know what happened to your skin,” he said to her. “Maybe someone has taken it. But, if you agree to become my wife, I will take care of you for all your years.

She thought to herself: I don’t want to live on land. I would rather live in the sea, but without my seal pelt, I cannot. He seems like a good person, kind and decent.

And so she agreed to his marriage proposal. For many years, she attended to this arrangement, and he was indeed kind to her. It was a fair life, but some part of her always seemed to be missing. Somewhere inside her, she remembered a greater wholeness. She had dreams of swimming in the sea. But she couldn’t remember who she was.

Over time her skin, not regularly refreshed by the saltwater, began to dry out and crack. Her eyes turned vacant, her muscles and bones ached. Yet, she went about her daily chores, limping away, believing that this is all her life was ever supposed to be.

Until one day when the Scottish fisherman was away and a powerful storm ripped through the village. It pounded at the doors and rattled the windows and eventually rattled free the seal pelt from the door jam.

She picked it up, and the moment she touched it she knew what it was. Moreover, she remembered who she was. She rubbed it against her skin joyfully. And she didn’t even take another moment before she ripped off her human clothes, slipped into her seal pelt, ran out the door, and dove under the sea, never to be seen again.

“Skin” in my metaphoric language represents our identity, or the way we see and present ourselves in the world.

Our true skin is our true self, or our most authentic, whole self. It is this wholeness that all human beings seek to return to, whether they consciously know it or not.

But, because life is not so simple, most of us lose our skin along the way.

We lose our originality and instead slip into the guise of some other skin, role, or walk of life that really isn’t ours.

Like the Ugly Ducking who always sensed that pecking at the ground as the chickens taught him wasn’t the right lifestyle for him, we, too, can sense when we’re not living in alignment with our true selves. When we’ve lost our skin.

Releasing the idea of identity in order to reclaim our true skin is my life’s work—both personally and professionally. Underneath my various roles and identities, I wear only my sealskin.

Author: Embodying Soul: A Return to Wholeness — A Memoir of New Beginnings, winner of the 2020 IPA for Body, Mind and Spirit