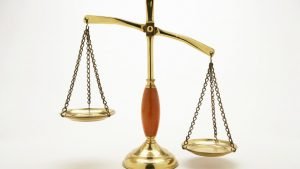 Malcolm Gladwell states in his book, The Tipping Point, that “ideas and products and messages and behaviors spread like viruses do.”

It’s an interesting time to consider such an idea, as we literally watch the power and speed of a virus.

The general understanding is that the tipping point is the critical mass at which our collective consciousness shifts/expands/rises to accommodate a new, higher vibration.

Suddenly, smoking indoors became taboo everywhere. Wearing a seatbelt was not optional. Animals (soon) will be no longer sold in pet stores.

What isn’t spoken about as often is how tipping points can work backwards as well. Due to predominance of lower vibratory thoughts/energy (such as fear, anger, hatred, blame, suspicion), we can find ourselves, collectively, dropped down into a lower collective consciousness. A kind of reverse evolution.

I feel like we humans, collectively, are at a critical tipping point, where we will either emerge at a much higher consciousness, or a dangerously lower one.

It depends on each one of us as individuals.

Imagine we are all playing the children’s game, Don’t Spill the Beans, and that each “bean” is a thought/feeling/action we contribute to the collective.

We each take turns adding a bean/thought to the pile—our negative and hurtful thoughts, as well as our positive and helpful thoughts. Each person believes their “tiny” bean/thought won’t make a difference. But suddenly, the weight of one tiny bean causes the entire pile to spill over.

To which direction will it “spill” when we emerge from this pandemic?

Or, will we back further into our corners of mistrust and suspicion. so desperately craving “normal” back that don’t take this time to make wise and carefully thought-out decisions, and ultimately fail at the chance to learn more about ourselves and our society from this pandemic?

This is not to say that negative or emotionally-charged thoughts should not be allowed. But there’s a difference between understanding our fears and emotions, processing them, and coming to a place of greater equanimity regarding our emotions — in fact this is the topic of my newest podcast episode — and allowing our emotions to take us over and cause us to act in ways that are not in alignment with who we are.

No one is exempt from our global game of Don’t Spill the Beans.

Every thought/feeling/action is a contribution toward a tipping point that will decide who we become collectively when this pandemic ends—just as surely as who you are now is a preview of who you will be at that time.

Especially now. Take good care of all of you. And if there’s anything I can do to support you in that, please don’t hesitate to reach out.