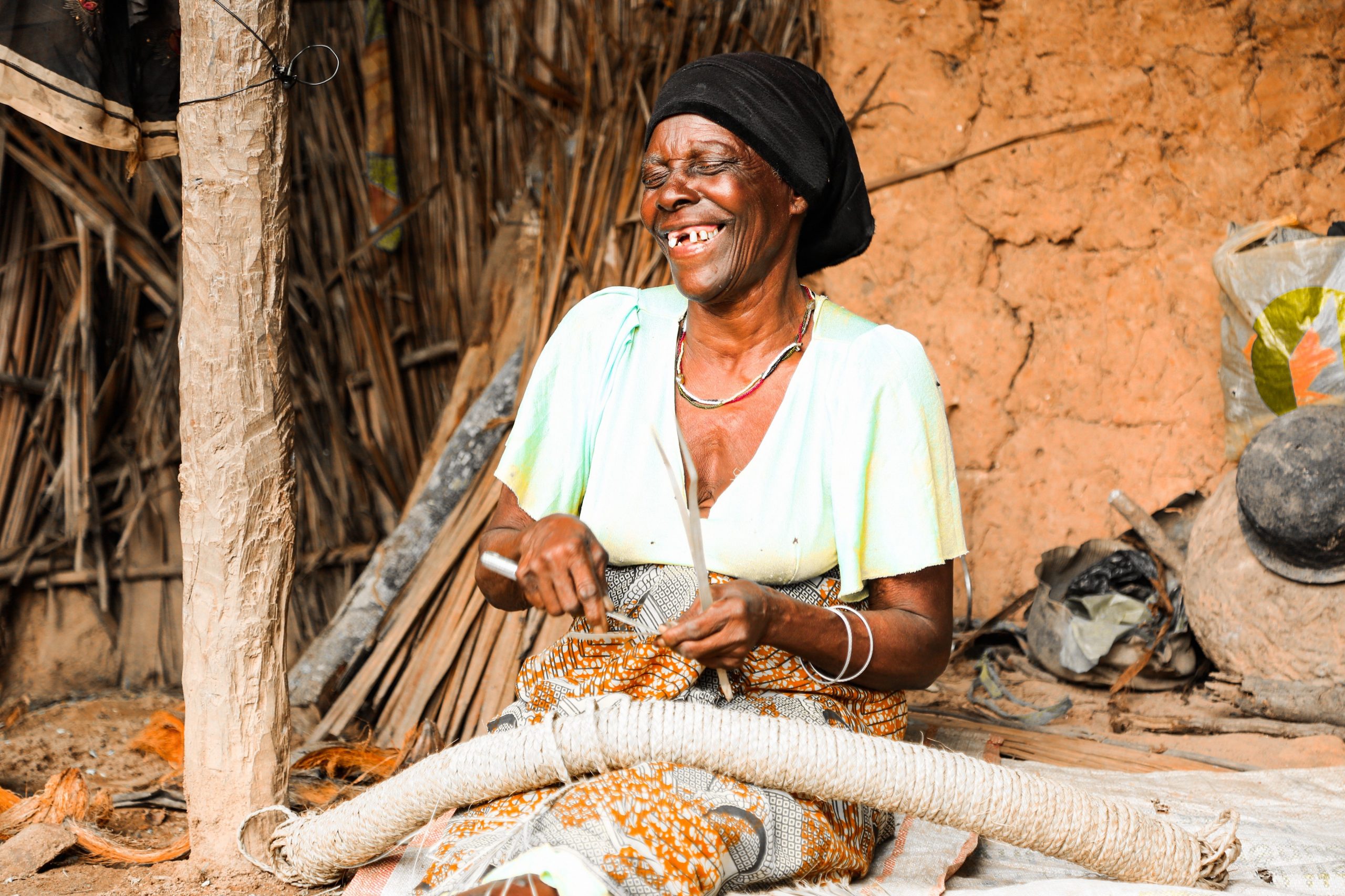 Have you ever worked on a piece of writing, spreadsheet, or email, only to lose it in a badly-timed computer crash?

Have you ever created a piece of art that you never showed to anyone?

Have you ever begun projects that got forgotten, broken, or left behind?

Assuming that we’ve all experienced this kind of loss or incompletion, the next question is—what did you do next?

Did you wallow in misery?

Did you criticize and admonish yourself?

Did you call it wasted time?

Or did you begin again, spot a thread of a new beginning knowing that there is no such thing as wasted time, or work that doesn’t have a purpose?

There is a wonderful myth, told beautifully here by Sharon Blackie, called “The Old Woman in the Cave.” It goes like this:

Somewhere near the end of the world is a big, dark cave.

She is currently weaving a tapestry which she envisions as the most magnificent tapestry the world has ever seen. Intricate and uniquely beautiful, the work is time-consuming, painstaking, and takes up the whole of her time. But she has a vision, and she works steadily toward this vision day in and day out.

Behind her, in the back of the cave is a big, roaring fire. It has been burning as long as the woman has occupied the cave—which is probably forever.

Hanging above the fire is a big, black cauldron, and inside the cauldron is a soup that contains seeds, roots, branches, and leaves—all of the ingredients that make up human life.

In addition to weaving a tapestry of unparalleled beauty, it is the old woman’s job to keep the fire steadily going, and the soup gently simmering.

So every now and then, she must leave her weaving so she can tend to her duties to the soup, lest the ingredients stick to the bottom of the cauldron, or the fire goes out, or some other event that would signify the end of life as we know it.

Anytime the old woman leaves her weaving to attend to the soup, the Trickster crow flies to the tapestry and begins to peck and pull at it, unraveling the painstaking work the old woman has done.

By the time the old woman returns to her tapestry, it no longer exists. All that remains is a pile of tangled thread.

While one might think that she would mourn this loss, or think her angry with the Trickster crow, neither of these things is true. The old woman is wise. She understands the circular nature of life. And, on a deeper level, she understands that the tapestry can never be finished or this, too, would end life as we know it.

Staring down at the tangled mess, the old woman’s attention is taken by a particular thread of rare beauty.

Suddenly, a new vision in her mind, one even more magnificent than the one before. The woman picks up the thread and begins again.

Because the woman is weaving the cloth that makes the world go ‘round. If the tapestry were ever to be finished, then the world would come to an end. It is the Trickster’s job to continue to destroy the work so that the process of creation never ends.

The woman is a weaver. This is who she is and what she does. She creates, and it is the act of creation that means the most to her.

When her creative work is destroyed or lost, she simply begins creating something new, weaving a cloth even more beautiful than the one before.

We, too, are all weavers, just like the old woman. And just like her, we are weaving not for the sake of completion and perfection. We are weaving to keep the world going around.

“To Create” is a verb, an action. It is not a done thing. We are always a “work in progress.” We are an essential part of the creation-maintenance-destruction process.

And, too, we all have a Trickster in our life. The Trickster is the archetype of destruction, confusion, and disruption. While sometimes the Trickster plays funny jokes on us, it can also be deadly serious. For example, the Coronavirus has been brought to us by our collective Trickster.

The Trickster does not destroy or complicate things for its own sake. It does so to wake us up, to force us to change directions, to reconsider. Its purpose in life is divine, and while we might wish we never had to face the Trickster, life would be infinitely more boring without it.

When work gets lost, when plans go awry, when things simply do not seem to be going according to plan, we can be assured the Trickster is behind it.

None of us will ever rid ourselves of the Trickster. The most we can do is learn to live in companionship with it, as the old woman does.

Sometimes, we have to leave our creative work and tend to daily life. Sometimes, our work will seem to have no immediate purpose. Sometimes, it might be shelved for months or years on end, only for its purpose to come alive again in some other form.

Call none of your work wasted time. Wasted time is a false belief.

All of your work has meaning. It all plays a part in keeping the word going around. And so do we.